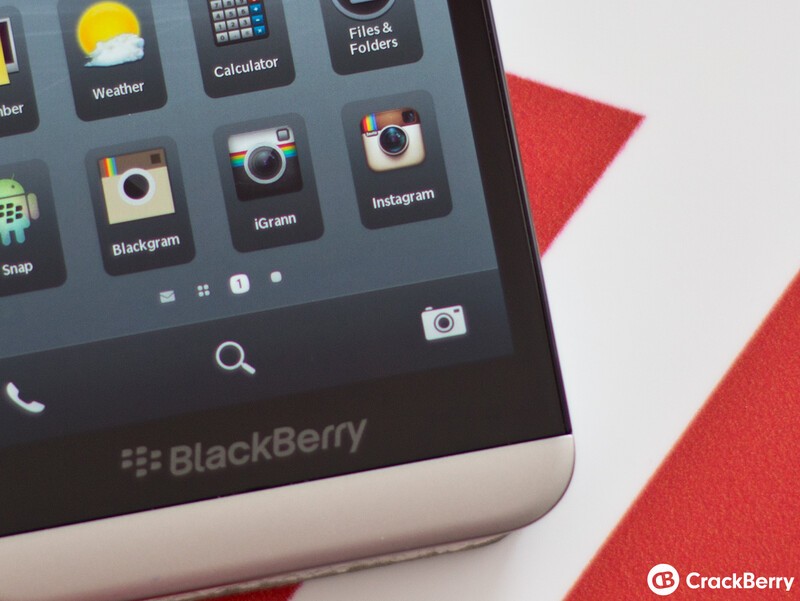 Now that we can load up the honest-to-goodness Android version of Instagram onto BlackBerry with a bare minimum of hassle, it's time to put it up against the native apps that have come to BlackBerry World as a stopgap: iGrann and BlackGram.

We've got instructions on how to install Instagram for Android on BlackBerry using the latest methods, but you're probably wondering if it's worth the switch if you're already comfortable with the apps purpose-built for BlackBerry. We're going to run through the nitty-gritty of each app help you figure out which of these Instagram apps you should be using.

For editing, BlackGram provides a shortcut to the native photo editing app, and rotation in-app, along with access to all of the classic Instagram filters, though you can't get a live preview of what the filter actually looks like on your photo. iGrann doesn't offer access to the Instagram filters at all, and jumps right to the native photo editor, which is probably just as well.

The Android version of Instagram offers live preview of the classic filters and the usual editing tools that you won't find on BlackBerry, such as tilt-shift. The only real downside I've found on this front is that it uses the Android file picker for preexisting photos, which is hardly a deal-breaker. The official Instagram app might win this one by a hair, though it's a bit moot if you do your editing elsewhere before uploading anyway.

Obviously the Android version of Instagram is going to be loaded up with all of the latest features, since it's coming right from the source. The biggies here are direct messaging, video uploads, and the picture map. It trickles down into smaller stuff too, like tagging people's faces in pictures and sharing out to smaller social networks like Tumblr, Foursquare, and Flickr. There are a few things the native BlackBerry apps can do that the official Instagram app doesn't, though. Namely, there's an easy mechanism to save images and videos, if so desired. iGrann even has a unique ReGrann feature, which replicates and posts someone else's update.

iGrann and BlackGram still offer all of the major features though, like finding and following new users, viewing videos in the timeline, and leaving comments and likes. BlackGram is missing out on a few fronts, such as being able to share new photos to Facebook, full profile editing, and not populating the Explore tab with popular public images. In any case, the Android version of Instagram wins out here, hands-down.

iGrann wins as far as feeling like a BlackBerry app goes. Instagram for Android and BlackGram do not make any use of the Hub, while iGrann lets you know when you get new followers. Unfortunately, that doesn't extend to notifications of new comments, which is sorely missing from every app. BlackGram loses a major point for not plugging into the native Share menu, while iGrann and even the Android port of Instagram do.

Despite the inclusion of direct messages with the Android version, it's still not where it needs to be since you aren't getting notifications of new private messages in the Hub, even if the app is open. Smaller touches, like offering a shortcut to the native BBM smileys in the Instagram comment section and proper Active Frame previews from your news feed, really cements iGrann's BlackBerry feel.

In terms of sheer smoothness of navigation, it's a close race. BlackGram smartly loads lower-resolution versions of images in your news feed, and bumps them up to high resolution afterwards. This makes scrolling very smooth. By contrast, BlackGram's comment section is very choppy loading and hiding, while iGrann has no problems at all. iGrann also loaded the fastest out of the three, while Instagram for Android took the longest.

iGrann lacks a bit of gloss for animations. Double-tapping a picture favorites it, but doesn't have the smooth animation found in BlackGram and Instagram for Android. BlackGram also enjoys nice loading animations and image pop-ups when viewing an individual user. On the flip side, the bottom icons in iGrann are sharper and smaller than BlackGram's.

Even though the Android port doesn't strictly follow the BlackBerry UI look and feel, it's not using the usual Android Holo standards, and actually looks closer to a BB10 app as is. There are even some nice touches that the native alternatives don't have, such as floating usernames that follow you as you scroll down through your news feed. It's a little bewildering that Instagram for Android and BlackGram both use a static refresh button in the top-right, while iGrann uses a much more elegant pull-to-refresh mechanic.

Overall, BlackGram's interface remains stark in a few places, while both iGrann and Instagram for Android

Instagram for Android is going to offer the most fully-featured experience no matter how much the other two play catch-up. There may be a few inconsistencies in the Android version (not to mention requiring a sideload, which can be too much of a pain for novice users), and iGrann and BlackGram might feel like they belong on BlackBerry more, but the Android runtime is robust enough to to offer all the features you need to stay up to date with the official version of Instagram. iGrann and BlackGram certainly deserve a high-five for stepping up to the plate and making something when Instagram couldn't be bothered to make an officially-supported version for BB10, but ultimately shoehorning the Android version in is good enough.

If you want something that feels like it belongs on a BlackBerry or couldn't be asked to go through the trouble of getting the Android version on there, I'd pick iGrann over BlackGram, especially since iGrann is donation-supported, but that's just me. Where do you guys stand? Which method of following Instagram do you prefer?