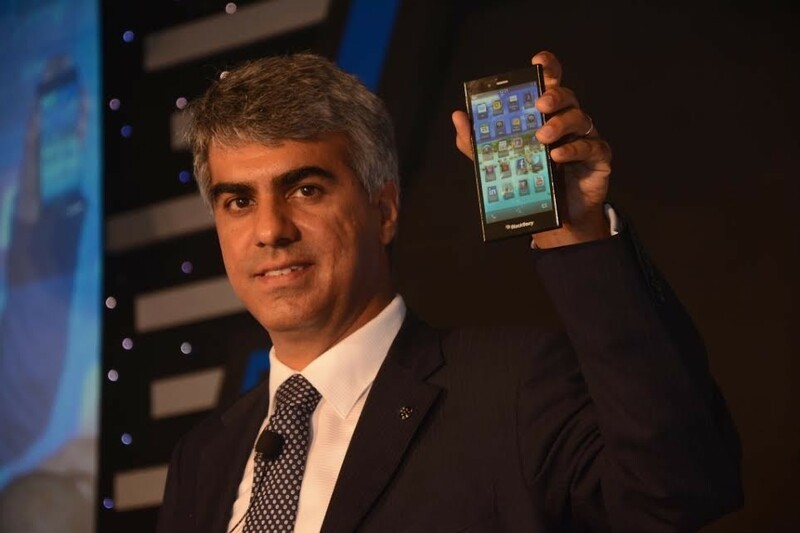 Sunil Lalvani, Managing Director, BlackBerry India has had a busy week with the launch of the BlackBerry Z3 in India. As part of that process he's been speaking with several Indian news outlets about the launch, the landscape for BlackBerry in India, and what the company is focusing on. The Economic Times India sat down with the Managing Director for a pretty awesome interview.

As part of the interview, Sunil covers BlackBerry's record of security noting 'BlackBerry hasn't had a single vulnerability exposed on its network', device pricing in India, and how Enterprises in India are adopting BlackBerry. Also discussed, how BlackBerry is in talks with 'a leading Indian car manufacturer' to further expand QNX in India.

In Indonesia, the price comes close to Rs 12,000 owing to carrier subsidy. In India, we have the VAT (value-added tax) and the customs duty structure, which together have pushed the price up. We are taking it through the retail and the e-commerce channel in India. Our retail partner and e-commerce partner, The Mobile Store as well as Flipkart have come up with a cash back offer/ voucher of Rs 1,000 on Z3 if you book the product between now and the launch.

How is the enterprise segment looking for you in India?

A plethora of low cost devices has allowed enterprises to open up to the bring your own devices concept which in effect reduces capex burden on companies. However, many companies are getting paranoid about data security, especially law firms and financial services. This is where BlackBerry's strength in data security and privacy comes into play. BlackBerry hasn't had a single vulnerability exposed on its network. In India, we have over a 1,000 firms with these servers installed with corporates.

Any plans to bring QNX to India?

Yes, absolutely. QNX powers 60% of automobile in North America. It is an embedded software in the vehicle. It talks to the car, proactively does an analysis and sends information back to the server of the vehicle manufacturer, so it can rectify it in the next batch of cars. We are in negotiation with a leading Indian car manufacturer to implement this solution.

That's just a portion of the comments given in the interview. Additionally, Lalvani addresses questions about competition in the market, whether BlackBerry will release a sub $100 device, and how BlackBerry remains a differentiated product in the market based on whom exactly they're looking to attract to the platform. You can head on over to the source link to read through the full interview.