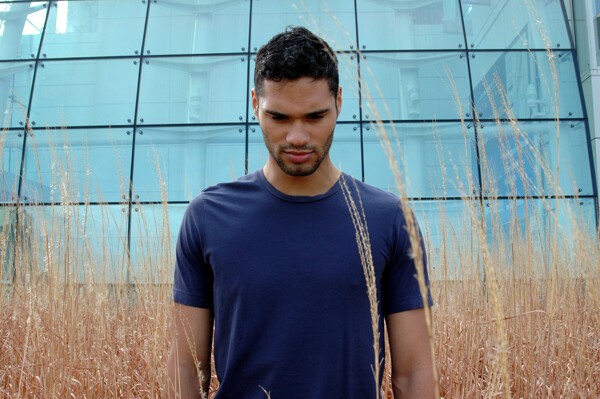 Android users buy specs, iPhone users buy brand, but BlackBerry users buy an experience. I have heard variations of such a statement throughout my time here in CrackBerry and it has me thinking if there is any substantial truth to it. As we consider where BlackBerry sits currently and moving forward, CEO John Chen faces one of the biggest challenges with the company, its perception.

If I could ask any one question to John Chen right now it would be, "What is BlackBerry's current identity in the world and what identity are you trying to create and achieve for it?" After meeting him it is evident that he is a very intelligent and capable man who can turn the company around to profitability, no question. But is this enough? Smarts, charisma and confidence can only get you so far.

Let's consider mobile users and how they identify with the devices they carry. Now ask yourself a few questions. When you think of a Windows Phone user or an Android user ... what comes to mind? Apple? BlackBerry? The loyalty of brand remains strong in the mobile world with many. For others it lies within the very evolution of technology like Kevin, who is agnostic when it comes to mobile tech.

We understand the nature of business and the way it works but we defend, sell and fight for the devices we love even though we aren't rewarded for any of it.

Why does this happen? Do our devices really reflect some form of ourselves? Do our phones tell a story of who we are? Or have companies created an identity that consumers relate to or associate with? Or are we led to believe that the phone we carry determines our identity and social status? Perhaps these questions bring up another topic that need to be re-visited at a later time.

CEO John Chen faces one of the biggest challenges with BlackBerry, its perception.

Whatever the case may be BlackBerry needs to re-imagine their perceptive value. Till this day, my biggest gripe with BlackBerry 10 has always been the name itself. The history of BlackBerry's OS and devices has always been numbers. Yes, I know they've had the Storm, Curve, Bold and Style names but they were really defined by their numbers. So after years of numbers, BlackBerry acquires QNX, develops an entirely new OS from the ground up, unlike anything before, then presents the world with the launch of — wait for it — BlackBerry 10. Yawn. To further this, they introduce the Z10, Q10 and Q5. Really? I think the devices are great and the OS is amazing but how they are all identified? It's just more numbers and now letters, great.

And this is where I believe lies a big issue. You see the world has recognized BlackBerry and their devices for years now in a very particular way. However with the huge changes that BlackBerry has now undergone and continue to make, they only managed to reintroduce themselves to world as just another number. BlackBerry 10. Sound epic? No. Just sounds like more of the same. I can't blame public perception for this one.

BlackBerry had the chance to really come up with something unique and different, but they didn't. Remember Apple OS 9? Few do. But we all know the "X" and all the cat names that came along with it. Look at Android and all their OS names and devices. Some may call it a gimmick but they're memorable and we can all name them. Others have always found cute/cool names for common technology and you know what? It works. I'll continue to argue that BlackBerry should never follow a "me-too" strategy but it's imperative they distinguish themselves. Not only from the competition but also from their past.

It's imperative for BlackBerry to distinguish themselves. Not only from the competition but also from their past.

People are simple. They usually want to be identified with the latest and greatest or at least something unique and fresh. BlackBerry 10 means nothing to people and it's hurting sales because most people aren't even willing to give it a try due to the name alone. It's just a sequential number. Which means what to them? It means more of the same and nothing different.

If BlackBerry could create something that really establishes a new identity for the world then its possible things could roll out differently moving forward. Is it too late for them to do this? Better late than never I say.

Truth be told, the CrackBerry community could've come up with a better name than BlackBerry 10. I won't bother bringing up past marketing because it's embarrassing.

Seriously, how difficult is it to show something cool and sexy? For example, I photographed the image of a female model wearing a CrackBerry shirt. My guess is that CrackBerry is going to begin getting requests for them. Is it this simple for BlackBerry? Probably not but despite the setbacks, I will continue using my BlackBerry device because "There's something zen about BlackBerry 10." Again, see how easy that was?