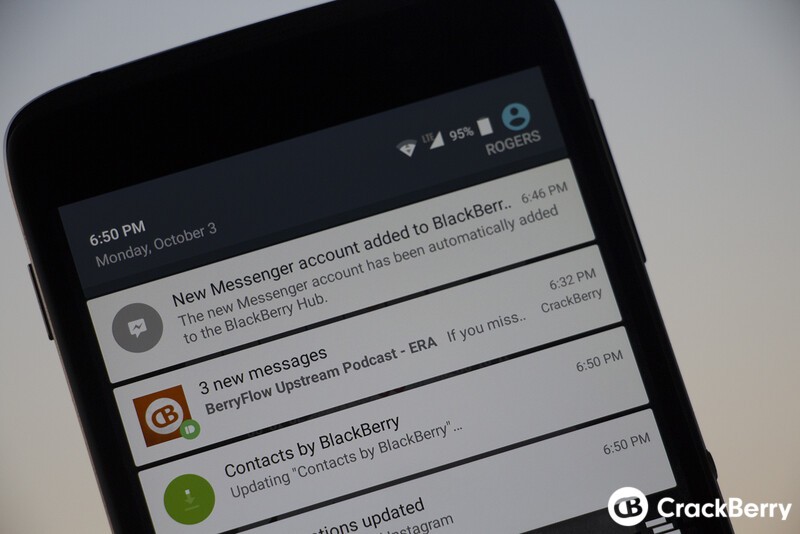 If you're a BlackBerry Beta Zone member who is testing all of the Hub+ Services apps, there are some new updates waiting for you in Google Play. For the most part, the changes are noted being bug fixes for BlackBerry Hub, BlackBerry Calendar, Contacts by BlackBerry, Tasks by BlackBerry and Notes by BlackBerry but one, arguably, larger change is the addition of Facebook Messenger to the BlackBerry Hub.

If you have Facebook Messenger installed, when you update Hub+ Services, your account should be automatically recognized and added to the Hub. If it's not found, you can simply add it manually by through the Hub> Add account options. Pretty awesome. Maybe now I can disable chat heads and not worry about missing any Facebook Messenger messages. If you're not part of the Beta Zone, don't worry, the updates will likely roll out to everyone between now and October 5, when the next OS update lands.