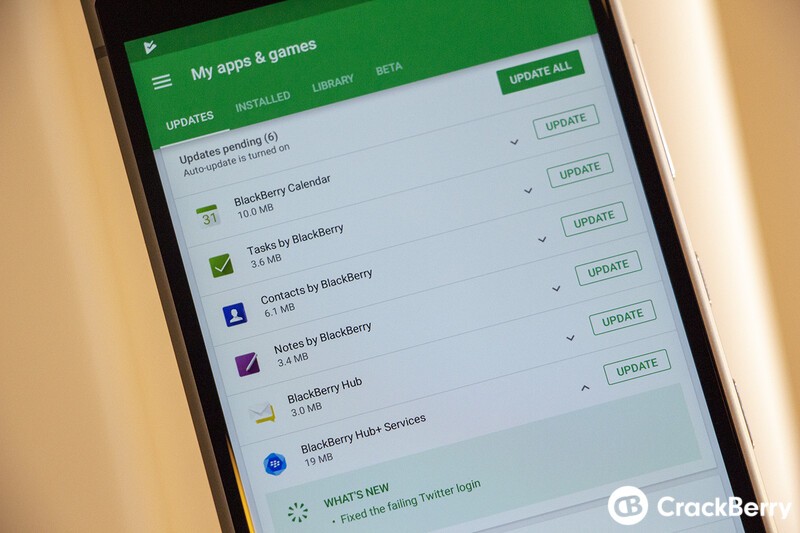 Although the issue may not have affected many people, BlackBerry has now pushed a new beta update for the BlackBerry Hub+ Services app to fix a small bug that was preventing new Hub users or those setting up Hub again for the first time from authorizing their Twitter accounts.

Under normal circumstance, when you add a Twitter account to the BlackBerry Hub you have to authorize the access by logging into Twitter through the Hub and a bug within the app was causing it to not correctly redirect to the Twitter login page. With this update, that bug has fixed and having tested it myself, I can say all is well again as I was able to authorize Twitter during a fresh Hub setup.

In addition to the new BlackBerry Hub+ Services update, BlackBerry has also released new builds of the BlackBerry Hub, Notes, Contacts, Tasks, and Calendar so go ahead and get them downloaded if you're in the beta programs. Unfortunately, BlackBerry skipped the changelogs on most of the apps so the only known changes are the typical 'bug fixes'. Did any of you out there even notice the bug?