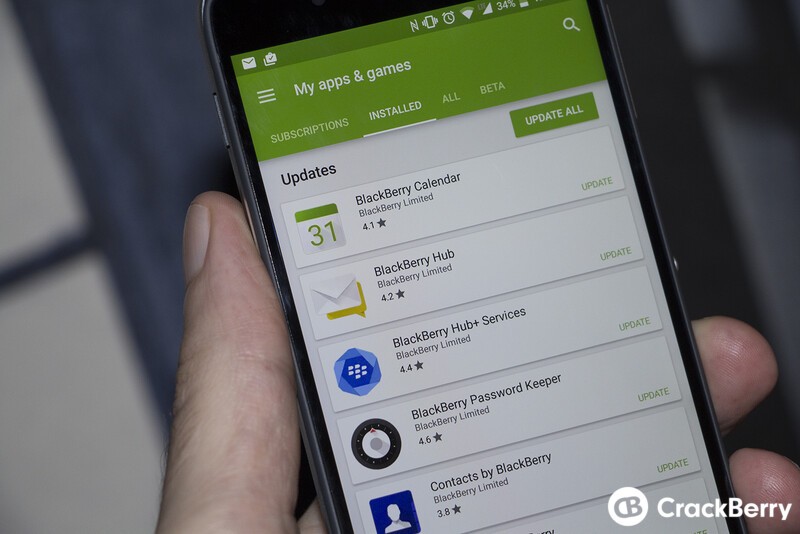 For about the past week now the BlackBerry Beta Zone has been busy rolling out a ton of updates and now, the time has come to move some of those beta releases into official status. A ton of new updates have now started to filter through the Google Play Store, and while not all the changelogs have been updated, BlackBerry did take the time to outline some highlights for us all.

As noted, these are just the highlights of the updates. You should see more app updates than what are included here when you head into the Google Play Store but also keep in mind; it could take up to 24 hours for them all to appear.