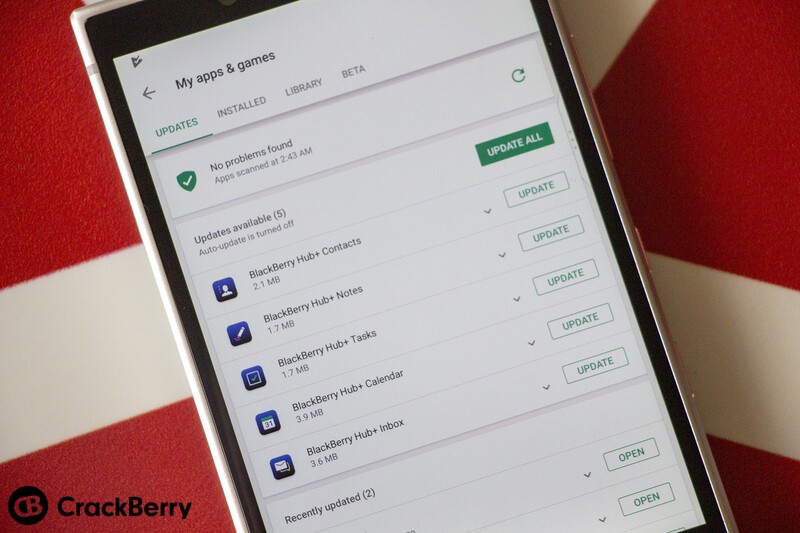 The last batch of BlackBerry Hub+ app updates arrived only a week ago, but already BlackBerry has pushed new builds to the Google Play store. Unlike those previous releases, though, which included larger change logs, these updates are short on detailed changes across the board.

For each of the apps, the only thing you'll find noted in the change log section is 'bug fixes.' That presumably means there are no vast changes this round, but rather, just general improvements to the features that already exist. With that mind, if you download them and happen to spot anything noteworthy not highlighted, let me and others know in the comments.