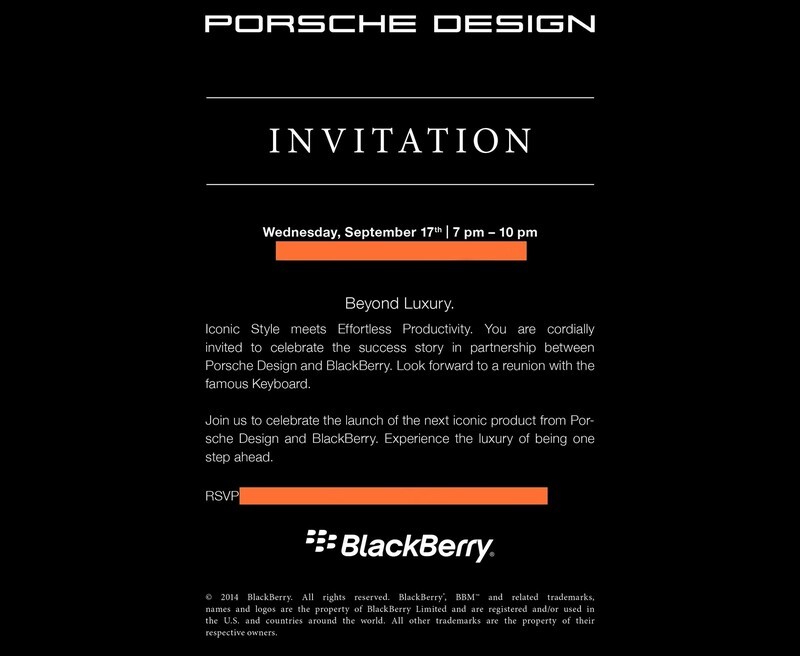 With the BlackBerry Passport event all set for September 24th in London, Dubai and Toronto, we were starting to wonder exactly when the Porsche Design P'9983 unveiling would be slotted in. Would it come during the Passport events or would it get an event of its own?

As it turns out, the Porsche Design P'9983 will get its own unveiling with invites having now been sent out for September 17th in Dubai. Although the invite doesn't say much about the device, we've gotten a few glimpses of it from leaked images as well as a full run down of the suggested specs.

The Porsche Design devices aren't for everyone but those who do love them, love them a lot. Are you looking to pick one up? Maybe we'll have to get our hands on one for review.