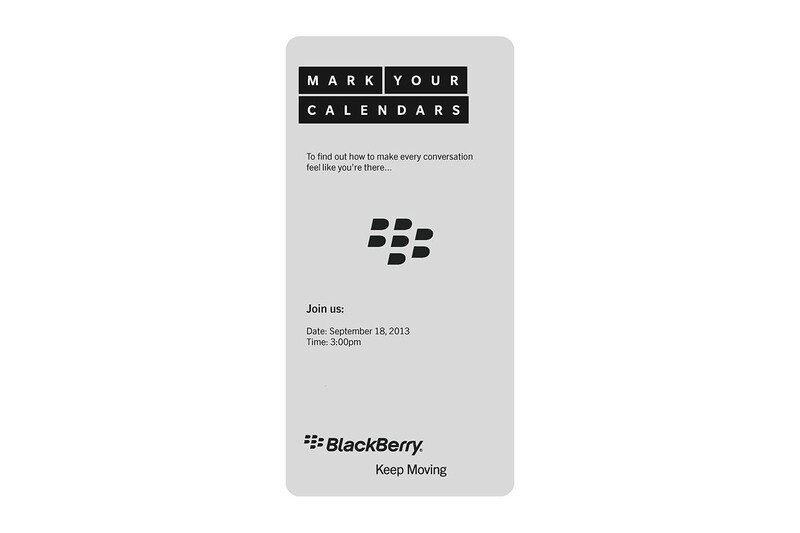 Everyone loves some BlackBerry rumors so here's just a few for you all to ponder. There has been several reports now of BlackBerry's PR firm sending invites out to the Malaysian BlackBerry community and media outlets for an event to be held on September 18th at 3:00PM at a location in Kuala Lumpur. Thing about it all is, no one is saying what exactly the event is for though it could be a number of things.

Many have speculated that it will be for the BlackBerry Z30, after all there was some rumors about it being officially announced in Malaysia first in the past and it wouldn't be the first time such a thing has happened. On the other hand, some have speculated that it's for the cross-platform BBM launch as we've heard the launch date was adjusted a few times and is now set for the 19th. Finally, it could just be the BlackBerry 9720 getting released as it's making its way to new regions already with India being the most recent.

In any case, there is an event happening and it's specifically for Malaysia only at this point. You guys can sound off in the comments below or in the CrackBerry Forums and let us know what you all think it may be while we dig it into it a bit further.

*UPDATE* - Looks as though this might not be a Malaysia only event after all — there have been reports of a similar event happening in France and India as well.