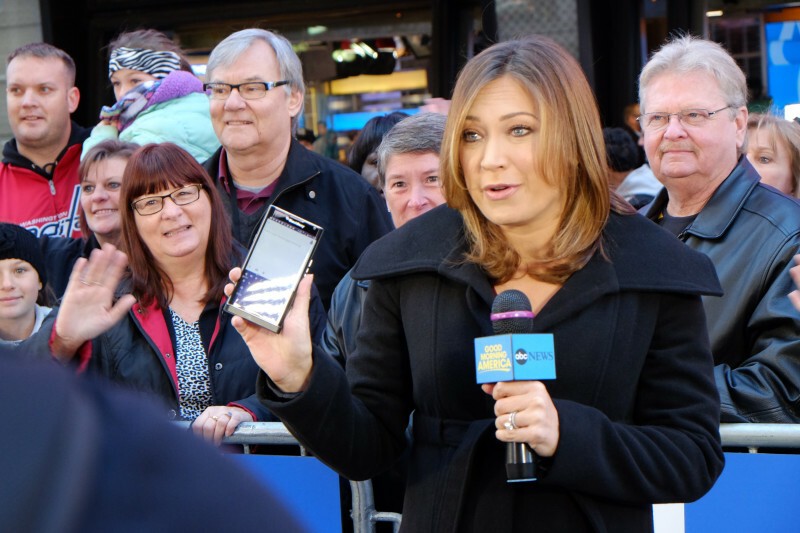 ABC's Good Morning America is celebrating its 40th year on the air and to help out with the celebrations, BlackBerry is giving away 40 brand new Privs to Good Morning America fans on Wednesday morning in front of their live audience at its Times Square studio at Broadway and 44th Street in New York City.

The giveaway will be part of their "40 for 40" program where Good Morning America will broadcast non-stop for 40 consecutive hours on-air and via live stream and BlackBerry COO Marty Beard will be there to help hand out the devices to lucky audience members. As part of the lead-up to Wednesday, Good Morning America weather anchor Ginger Zee introduced the Priv to viewers which can be viewed in the video below.

As noted on the Inside BlackBerry blog, if you're looking to attend the live show and possibly pick up an AT&T Priv to call your own, it is advised you get in line as early as possible before the show airs starting at 7 AM. Now, newsy stuff aside, this is a fantastic way for BlackBerry to spread the word of the Priv.