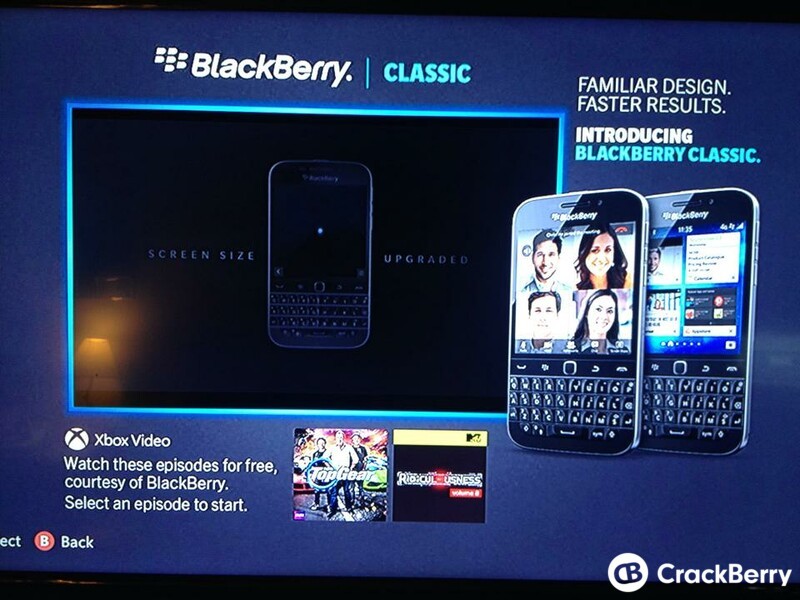 Seems BlackBerry is getting a little bit more aggressive with their marketing as they've now stepped into Microsoft's realm. A new ad is currently running on Xbox consoles in Canada and it's from BlackBerry promoting the BlackBerry Classic. The ad features the launch promo video for the device and invites Xbox Live users to download a free episode of Top Gear and MTV's Ridiculousness sponsored by BlackBerry. The ad itself is actually featured in two spots, you can catch another look below. Pretty bold (but logical) move if you ask me. I like it. Let us know what you all think in the comments.

Thanks for the images Missy!