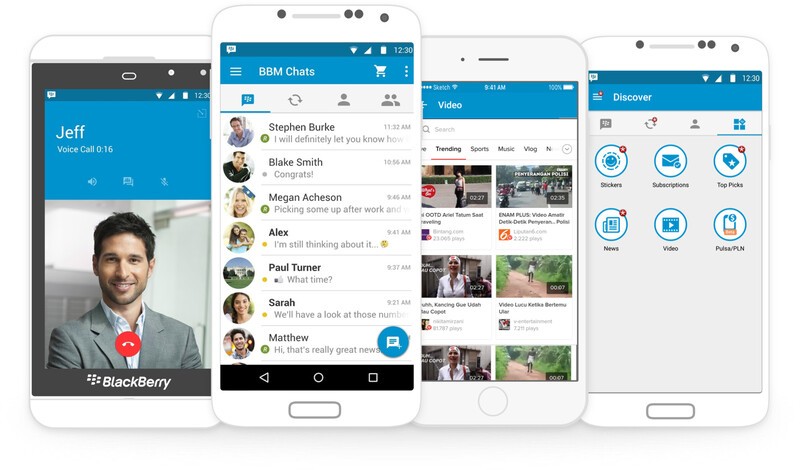 Back in June, BlackBerry announced a new partnership with Indonesia-based Emtek to help expand the consumer BBM business. Since then, several inaccurate articles have come out about who now owns BBM and most recently, several outlets published articles noting that BlackBerry would be moving BBM server(s) to Indonesia. Looking to clear the air surrounding that information, BlackBerry COO Marty Beard, has taken to the Inside BlackBerry blog to lay out the situation accordingly.

In June, we struck a partnership with Indonesia's leading media company, Emtek, to license the rights to develop and offer cross-platform BBM.

The goal was to better serve our many BBM users, and, in particular, our 60 million monthly active users in Indonesia, by working with a trusted partner who we know can accelerate the delivery of new features and services for BBM. That goal has been more than met – see all of the new security features, mobile shopping offerings, mobile games, and more that have become available on BBM in the last several months.

However, we've read some inaccurate press reports that tell a different story and we want to bring the facts to light. First of all, let's be clear. BlackBerry owns 100% of BBM. We have merely licensed the rights to the Android, iOS and Windows Phone versions of BBM to a newly formed subsidiary of Emtek named Creative Media (http://www.BBMTek.com). BlackBerry maintains direct control over the BBOS and BlackBerry 10 versions of BBM, as well as BBM Enterprise (formerly BBM Protected).

Businesses running BBM Enterprise for the ultimate in high-security mobile communications can remain confident that there will be no changes, disruptions or degradation of their service. It is also important to note that there are NO plans to move any BBM infrastructure, including BBM servers located in Canada and the U.S., to Indonesia, contrary to what the Head of Creative Media apparently communicated to the media.

BlackBerry and Emtek are 100% aligned on their vision to advance BBM for consumers and on making sure our many Indonesian users continue to have the best experience possible. We remain extremely committed to Indonesia and our fans there. To that end, we have ensured that Indonesian consumers will have ready access to our handsets through our partnership with PT BB Merah Putih.

It's great to see Marty Beard comment on the situation but at the same time, I have to wonder why it became a situation that needed addressing in the first place. If these articles were inaccurate and the headlines were being tossed out there, BlackBerry should have had a faster reaction to the inaccurate news to help kill off the further circulation of it. Still, the accurate information is out there now, so we'll see if it sticks more than the misinformation.