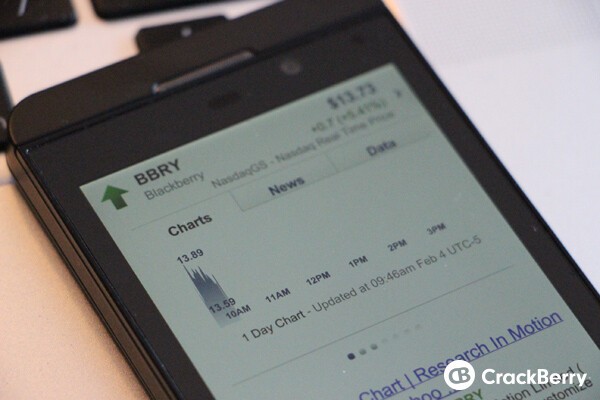 A class action lawsuit has been filed against BlackBerry claiming that the company was inflating the stock price and "making a series of materially false and misleading statements and omissions related to the Company's business and operations." The claim states that shareholders were misled into believing that the BlackBerry 10 line of devices would bring the company back on the road to recovery and instead was actually made worse by the introduction of BlackBerry 10.

Check out the full press release below and hit up the comments with your thoughts!

What You May Do

If you are a BlackBerry shareholder and would like to discuss your legal rights and how this case might affect you and your right to recover for your economic loss, you may, without obligation or cost to you, e-mail or call KSF Managing Partner, Lewis Kahn (lewis.kahn@ksfcounsel.com), or KSF Partner Melinda Nicholson (melinda.nicholson@ksfcounsel.com), toll free at 1-877-515-1850. If you wish to serve as a lead plaintiff in this class action by overseeing lead counsel with the goal of obtaining a fair and just resolution, you must request this position by application to the Court by December 3, 2013. Any member of the putative class may move the Court to serve as lead plaintiff through counsel of their choice, or may choose to do nothing and remain an absent class member. KSF encourages both institutional and individual purchasers of BlackBerry to contact the firm. The ultimat e resolution of any securities class action is strengthened through the involvement of aggrieved shareholders and lead plaintiffs who have large financial interests. KSF also encourages anyone with information regarding BlackBerry's conduct during the period in question to contact the firm, including whistleblowers, former employees, shareholders and others.

BlackBerry and certain of its officers and directors are charged with making a series of materially false and misleading statements and omissions related to the Company's business and operations in violation of the Securities Exchange Act of 1934. Specifically, BlackBerry failed to inform investors that, contrary to the Company's statements that its new BlackBerry 10 line of smart phones financially strengthened BlackBerry and positioned the Company on the road to recovery, BlackBerry's business, operations and financial situation was made even worse by the introduction of the BlackBerry 10 platform, which was poorly received by the market.

On September 20, 2013, BlackBerry announced the true state of the Company, which incurred massive charges due to unsold BlackBerry 10 devices and was forced to lay-off approximately 40% of its workforce. In relevant part, the release explained:

[The Company] expects to report a primarily non-cash, pre-tax charge against inventory and supply commitments in the second quarter of approximately $930 million to $960 million, which is primarily attributable to BlackBerry Z10 devices.