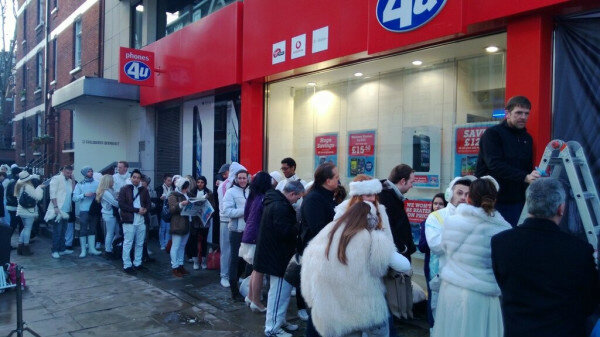 As you can see in the image above from @FrancePalopoli on Twitter, there were plenty of fans ready to wait in line to get their hands on a new BlackBerry Z10 (and to see Pixi Lott who was making an appearance at this store of course) first thing this morning. This image is from a Phones 4U store and from the looks of it the turnout was pretty amazing.

The UK is the first to get the Z10 as it heads to carriers and stores like O2, Vodafone, Phones 4U, Carephone Warehouse and many others. They do get a bit of a head start as the Z10 won't hit next until it lands in Canada on February 5th. You can see the full list of carrier availability here.

Are you in the UK and picked up (or are planning to) a BlackBerry Z10? Hit up the forums and let us know!