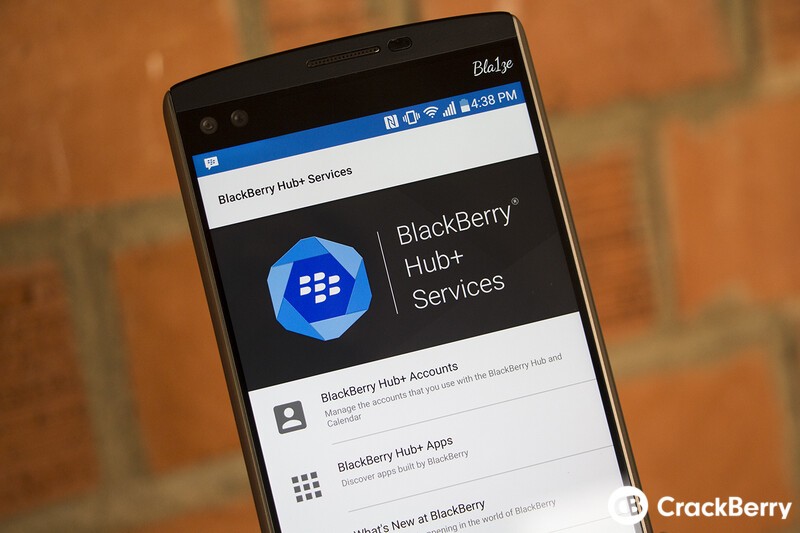 Last month BlackBerry announced they would be bringing their Android apps such as the BlackBerry Hub, Calendar, and Password Keeper to even more Android users through a new subscription offering called Hub+ and now, they have announced an expansion of that access adding even more of the productivity apps to the mix.

To understand how software is an integral part of BlackBerry's DNA, look no further than the BlackBerry Hub and its associated productivity apps, which have consistently rated as one of the most popular features of both BlackBerry 10 and Priv. Software like the Hub is at the core of the quintessential BlackBerry experience, and is consistently rated as THE way to get more things done by enterprise users in every industry. Last month, we decided to bring that productivity to other platforms, extending Hub, Calendar, and Password Keeper to one billion people on Android through Hub+, a new subscription service.

We initially launched Hub+ as a free trial on Android Marshmallow, with only the Hub, Calendar, and Password Keeper available. Today, we are happy to announce the remainder of our productivity suite (Contacts, Tasks, Device Search, Notes, and Launcher) is now available to Android users for a free 30-day trial period and for just 99 cents a month.*

The BlackBerry Hub, Calendar, Password Keeper, and Launcher will continue to be available as part of a free, ad-supported offering.

Even better, we've officially expanded Hub+ access to smartphones running Android 5.0 Lollipop and lower-resolution smartphones running Android 6.0 Marshmallow! To ensure no technical issues for users, our initial list of Hub+-capable smartphones was limited by screen resolution, but that's changed. As of today, more than 3,000 smartphone versions can run Hub+, and that number keeps growing. Note: Hub+ requires 2GB of RAM or more, and does not currently support tablets.

As BlackBerry rightfully notes, this opens the doors to a lot more Android users being able to access the fantastic apps that BlackBerry has to offer. To try out BlackBerry Hub+, go to the Google Play Store on your smartphone and search for BlackBerry Hub, then download the BlackBerry Hub+ Services app onto your phone. Once installed, you can click the Hub+ Services icon on your home screen, and tap "Apps by BlackBerry" to install the apps you wish to use.