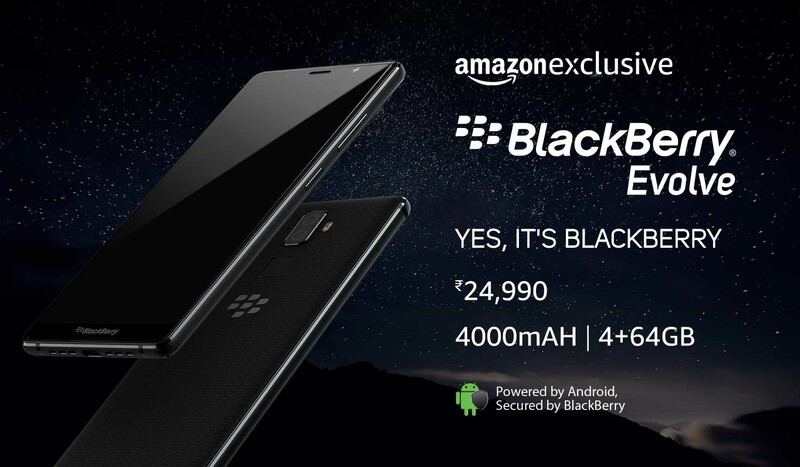 BlackBerry fans in India waiting to get their hands on the BlackBerry Evolve won't have much longer to wait. Amazon and Optiemus have let it be known the device, initially announced back in August, will be available through Amazon India on October 10.

The Evolve makes use of a 5.99-Inch 18:9 full-screen LTPS LCD display that comes in at 403 PPI, and for cameras, you get a dual setup featuring a 13MP primary sensor capable of RGB and Mono modes as well as a 16MP secondary camera.

The all-touch Evolve is rounded out by other highlights such as Dolby Digital audio, face unlock features that claim to open your device in 0.4 seconds as well as a fingerprint sensor and dual-SIM options. If you're looking for more info, you can sign up at Amazon to get emails when it goes live, or you can check out the Evolve site for more details.

If you're waiting for the Evolve X, though, there's still no sign of that except for the website outlining the highlights, specs, and features. It's probably not the far behind, however, given it was supposed to be available shortly after the Evolve.