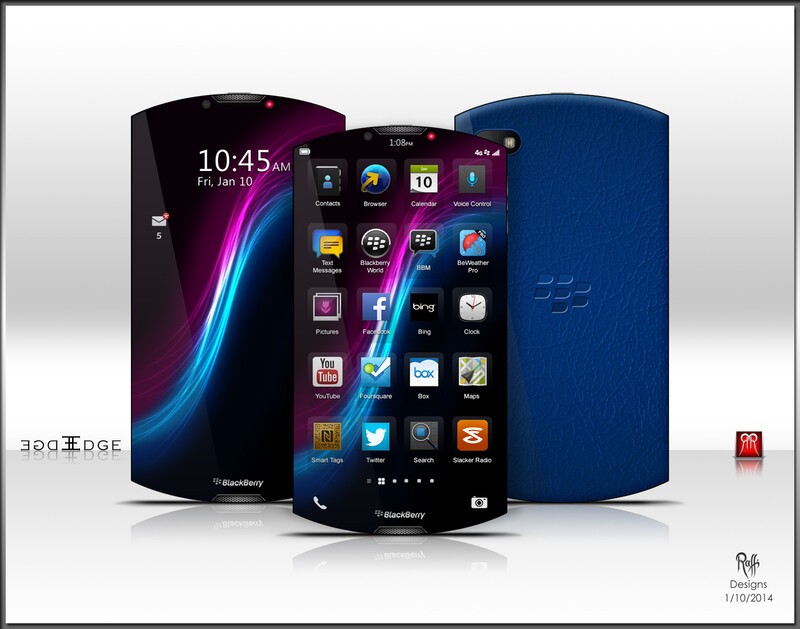 This one cropped up in the forums recently - a new BlackBerry 10 concept design brought to us by Ziro1. Just to make things perfectly clear this is not a leaked image, but a design made up which a CrackBerry forum member would like to see at some point - and it sure looks pretty nice.

What the device roadmap holds for BlackBerry is mostly a mystery. Sure, we know that Foxconn will be making a low cost, all touch, BlackBerry 10 device for the emerging markets, but apart from that we are kind of in the dark as to what else to expect, apart from the obvious which is better hardware than we currently have.

Smartphone concepts that have a edge to edge display are certainly nothing new and this one looks quite swish, although I suspect if we were to actually get something similar I would be forever paranoid about dropping it! At first glance the 'Edge II Edge' looks to have taken some inspiration from the from the BlackBerry P'9982, although it's a lot more curvy both on its top and bottom edges.

It would be great if BlackBerry were to give us something similar to this concept, but I suspect we will see edge to edge devices from one of the other smartphone manufactures first - maybe the likes of Samsung or LG.

Either way, a concept is always nice to see and most appreciated.

Discuss the 'Edge II Edge' concept in the CrackBerry forums