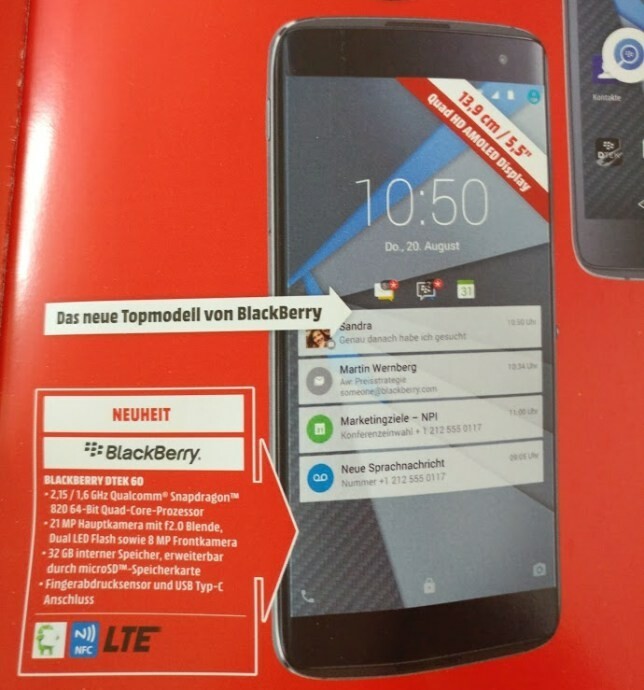 Europe's largest retailer of consumer electronics will be offering the DTEK60 according to a freshly leaked ad. As expected, the ad highlights the specs of the DTEK60 such as the Snapdragon 820 processor, the 21MP and 8MP camera as well as the 32GB of internal storage, 4GB of RAM, fingerprint sensor and the USB-C port and finally, the quad HD display.

What's interesting is the additional rumors which came with the leaked ad. As most folks know by now, the DTEK60 remains unofficially announced by BlackBerry but German sites are calling for an October 25 release date and a 599 Euro price point. There's no clarification there in regards to whether or not that's when it will be announced, available or go up for pre-order but, that's the date that being floated about.

While dates are always subject to change, October 25th is a date we've heard as well plus, when you start putting the pieces together it adds up. From the Staples pre-order, folks have estimated arrival times anywhere from the 27th onward. With 2-3 day shipping, that would mean stock arriving on October 25th.