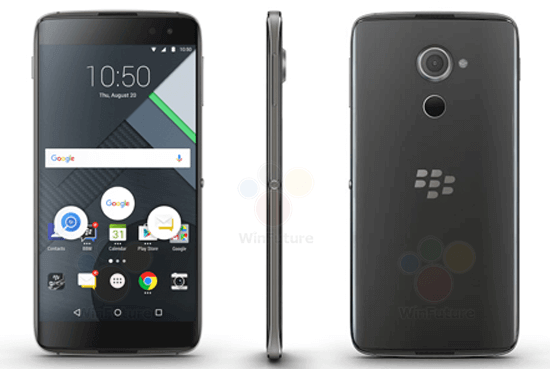 As expected once one image pops up, more have arrived now. This time around courtesy of the folks over at WinFuture.de. While not as clear as one would hope, the latest round of images offer up a nice look at the BlackBerry DTEK60 from all angles. Get used to picking up some USB-C cables.

In addition to the new images, WinFuture also notes that per their information, the BlackBerry DTEK60 could arrive on October 11th with pricing set at $699 CAD, which roughly translates to around $530 USD. Of course, $530 would be weird pricing and it would surely be adjusted, so I'd hold off on making any judgment on the pricing until it's officially announced.