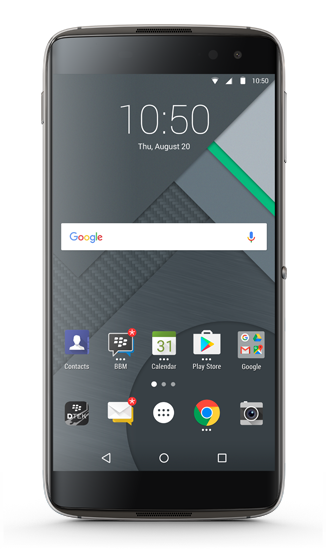 Although I can't say I suggest taking them up on their offer, considering the handset remains unofficially announced as of yet, the DTEK60 has now been listed on the NCIX website as available for pre-order.

As suggested by earlier leaks, the pricing has been set at $699 CAD, and the estimated release date is noted to be October 11, 2016. Additionally, slightly less blurry images have been published as part of the listing so you can take another look at the DTEK60 from all angles if you wish.

As you can tell, there's nothing really new here aside from the pre-order status and the slightly less blurry images but it's a sign the device is still progressing through channels. Other retailers such as Direct Dial are also starting to list the device as coming soon, so we'll see if that October 11 estimated date holds true or if that's just some placeholder date that's just been tossed around.