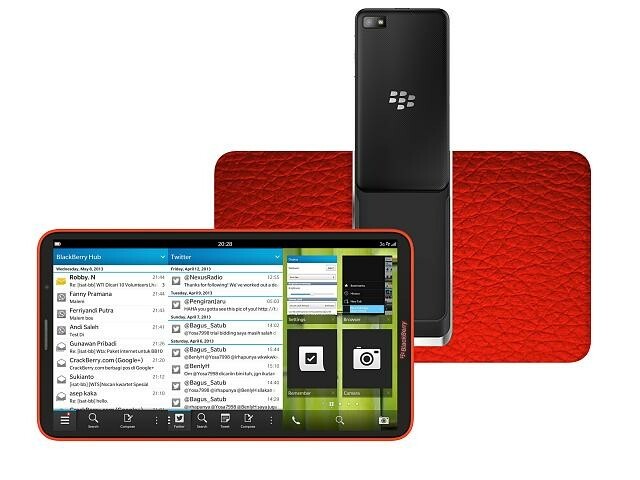 Yep, it's concept time again, but this time with a twist. Forum member D_Gui has again been busy, although as you can see this one isn't a BlackBerry 10 smartphone. With this one we're back in tablet land so to speak. The idea with the Docklet concept is that the tablet itself doesn't have BlackBerry 10 software built in, but instead mimics your BlackBerry when you dock it.

Whether we will see another tablet in any form from BlackBerry is still unknown, but I'm loving this idea, although if it did come to market I'm pretty sure it wouldn't cater for all BlackBerry 10 devices due to the different shapes and sizes. This form factor has been reasonably successful in the Android world but it's certainly not mainstream.

Plus, with the fact that we already have BlackBerry bridge to connect to the PlayBook is there even a need for the BlackBerry to be docked? There's pro's and con's on both sides. It's a pretty sweet idea and if the tablet itself isn't running an OS it could be cheap for Foxconn to manufacture - maybe.

Or would you just want a PlayBook 2 and be happy with it running BlackBerry 10 with Bridge support? Hit up the poll below and cast your vote.