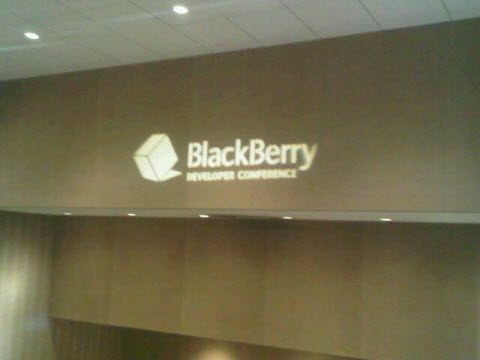 There is no doubt that the recently-held BlackBerry Developer Conference was a huge success for Research In Motion and BlackBerry developers around the world. A lot of new changes were announced at the event in San Francisco, California which open quite a few doors for all those out there looking to get involved or are already involved with BlackBerry development. The BlackBerry Developer Conference was RIM's time to show their dedication to the developer community and win back some of those who may have had doubts about the future of development for the BlackBerry platform.

Over at the BlackBerry developers blog, Mike Kirkup, Director for the Developer Relations program at Research In Motion has outlined all the developer accomplishments for everyone to have a look at. When outlined as Mike has done, it shows Research In Motion is listening, accepting feedback and putting that feedback into action with their developer community which is good for all involved. With excitement being restored, that means more and more ideas are formed by developers and with the tools given to them, the ideas become reality and end upon our BlackBerry smartphones. As end users, we can all appreciate that.