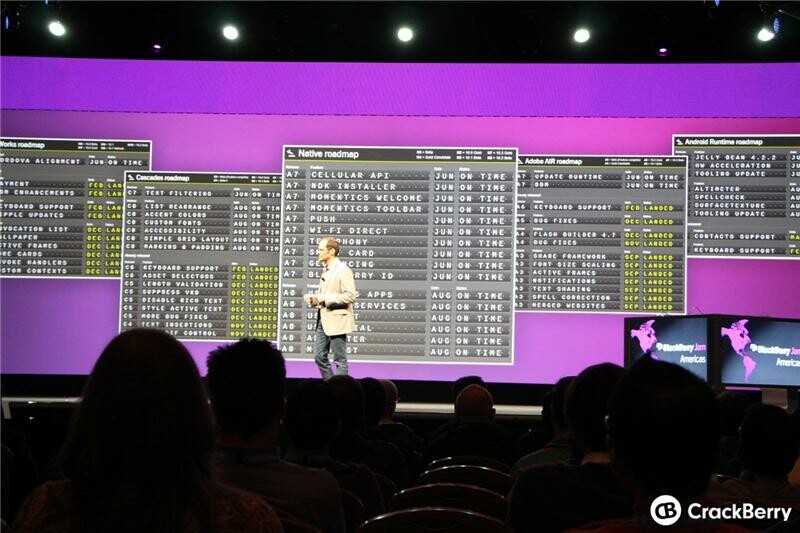 Sitting in on the BlackBerry Jam keynote, BlackBerry has announced a few updates for developers and laid out their plans for some upcoming updates. All of the BlackBerry developer roadmaps have been updated, BlackBerry 10.2 will see a beta SDK roll out and in June and for those who've been wondering about the Android app player, BlackBerry once again confirmed the update to Android 4.2.2 is still planned. Some of the highlights that developers will soon have access to tap into once the SDK's roll out:

The headless app solution and USB host have been long awaited and the the other additions, like Miracast, WiFi direct, geofencing and analytics (Flurry) are certainly welcome changes as well. You can check out the full developer roadmaps via the BlackBerry developer site.