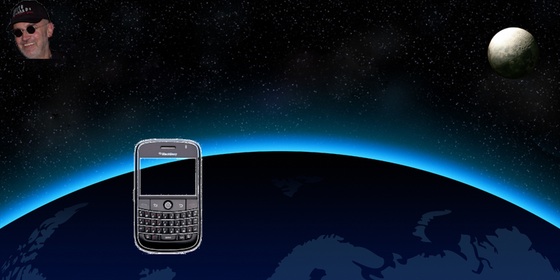 While everyone else was busy discussing the open letters sent to RIM execs and concentrating on the all the doom and gloom surrounding the situation -- one BlackBerry developer took it upon himself to write up his own open letter. Not to make the situation worse, but in an effort to show people it's not as bad as some would have you believe.

“Letter from Outer Space” was written up by a developer named Ekke over at his personal blog -- Ekkes Corner and having been a long-term BlackBerry developer Ekke highlights the many reasons he sticks with BlackBerry development and his thoughts on all these letters from purported RIM employees. Ekke touches on a lot of things in his letter and even offers his outlook on the future of RIM in a portion he titled "RIM – Research in Motion in Transition", quite fitting really.

If you've not read the letter as of yet, and are tired of all the dramatic horror stories then it is certainly a suggested read. As each day passes, more people are ready to put the final, final nail in RIM's coffin but Ekke offers a his perspective from the outside looking in -- something that more developers and users should be doing.

Read the full version of “Letter from Outer Space”