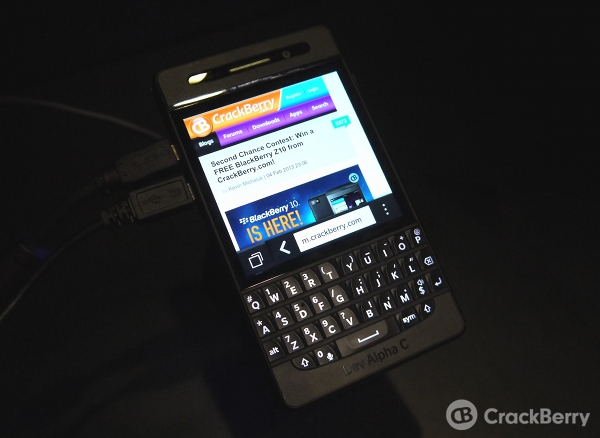 The BlackBerry Dev Alpha C was unveiled during yesterday's keynote presentation at BlackBerry Jam Europe. Our hands on discovered a pretty solid device, with an excellent physical keyboard as you'd expect from a BlackBerry device.

The response to the Dev Alpha C in Amsterdam has been phenomenal, with the testing booths packed with eager developers wanting to get their hands on one to start building great apps for the BlackBerry Q10.

But, we know there's sure to be a host of developers who qualify to get a Dev Alpha C that couldn't make the trip to Amsterdam. So, to follow up on our initial hands on, here's a few snaps of the device to tide you over until it arrives.