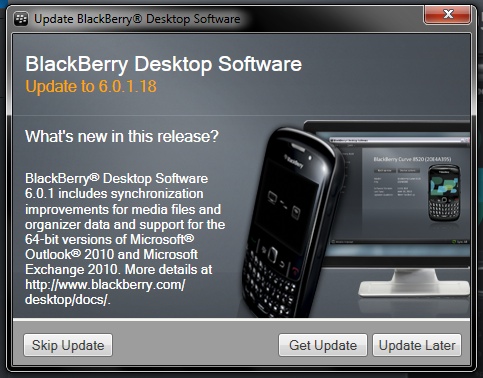 Alright, we'll admit it. We did kind of miss this one previously. But that's only because we were busy playing with the new Desktop Software v2.0.0.64 for Mac. Luckily though, we have some community members who kindly let us know that the Windows version of BlackBerry Desktop Software also got a nice version bump up to v6.0.1.18. The only problem with this release is the fact that we do not have a change log to go with it. But hopefully some of you all out there can let us know what, if anything has changed in the comments. You can run the update manager for the desktop software or download it manually from the BlackBerry website. Thanks to Dave and Bandar for sending this in!