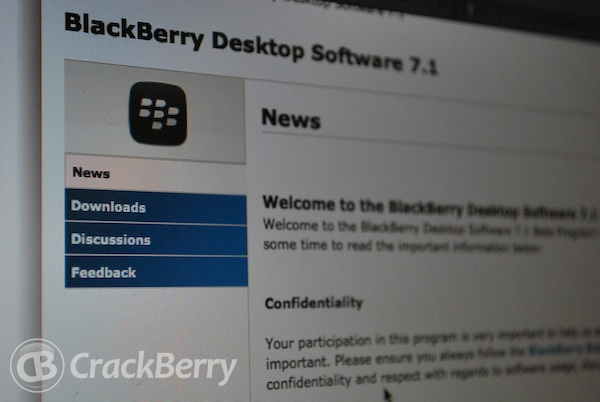 The latest version of the BlackBerry Desktop Software has just hit the beta zone. This time it rings in at version 7.1 and is ready for the BlackBerry 10 Dev Alpha as well as 4G PlayBook (I'll take one of each, thanks).

Looks like only some minor tweaks and fixes aside from there, but if you're a Beta Zone member you can grab the update anyway. Head to the link below to sign up if you're not already a member.