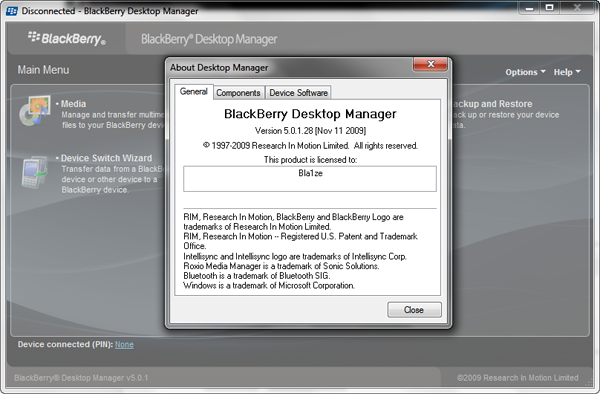 A new BlackBerry desktop manager is now available for download from either the BlackBerry website or through the built in desktop manager updater. Once updated, you'll be sitting at version 5.0.1.28 and from Ronens review of it, it looks like RIM has added some stuff that was previously removed.

Back into play this time is the desktop redirector while support has been added for Windows 7 and new BlackBerry devices such as the BlackBerry Bold 9700 and BlackBerry Storm 2 and new synchronization options allowing you to add new fields to your address book as well improvements to the back up and restore options. If you're running an older version, you'll wanna grab the download and check out what's new.