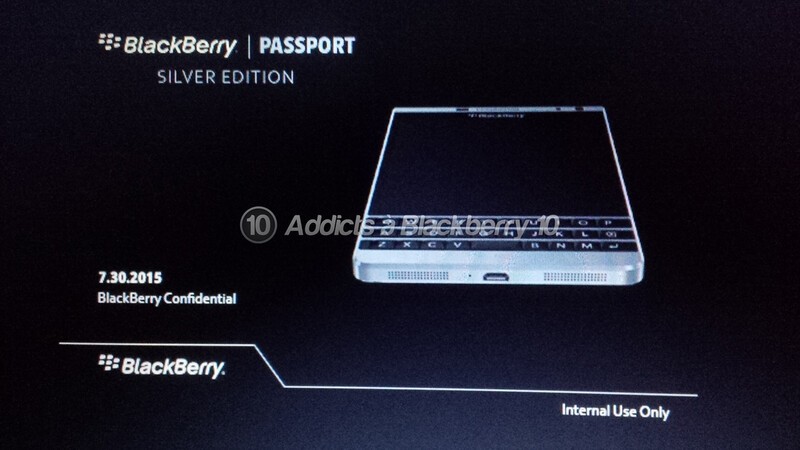 While we've been posting about the BlackBerry 'Oslo' and 'Dallas' for a while now, it's looking as though we'll soon finally be getting some official news surrounding the device. A new image posted up at BlackBerry10 FR shows off the Silver Edition branding the BlackBerry seemingly will roll with upon announcement. As we already know from previous leaks, the Silver Edition isn't a drastic departure from the original BlackBerry Passport or even the AT&T BlackBerry Passport as it shares all the same specs, but it does offer a new twist on the Passport design.

Even with all the knowns about the Silver Edition Passport, there's still plenty of unknowns as well. For example, we still don't know where the device is headed in terms of availability. Is it an exclusive carrier device? Will it be available in North America? Will anyone be able to purchase one through ShopBlackBerry if they fancy it? And of course, perhaps the biggest question for most folks at this point - how much will it cost when it does arrive? Still lots to learn about the Silver Edition Passport and hopefully, we won't be waiting much longer.

PS: Before everyone screams 'FAKE!', I know the date says 7/30/2015 and we're past that, but that would seemingly be when the documents were passed around / approved internally.