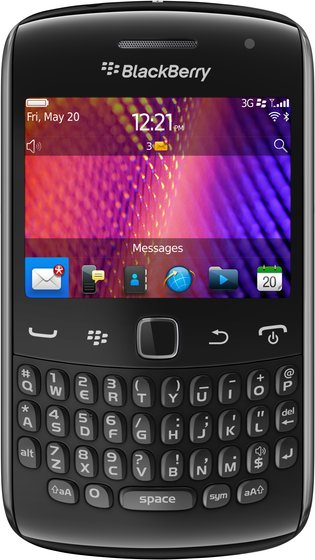 The slim and stylish BlackBerry Curve 9370 delivers the ultimate mobile communications and social experiences with a highly refined and integrated suite of phone, email, messaging and social apps to keep users connected and productive throughout the day. It is ergonomically designed with a comfortable and iconic keyboard for fast, accurate typing and an optical trackpad for easy, one-handed navigation.

The new BlackBerry Curve 9370 is also the first Global Ready ™ BlackBerry Curve for Verizon Wireless. Running on the Verizon Wireless 3G network and powered by the new BlackBerry® 7 operating system, customers will experience features such as the newest release of BBM™ (BlackBerry® Messenger version 6) and an updated Social Feeds app. The premium version of Documents To Go is also included at no additional cost, offering customers enhanced document editing features as well as a native PDF document viewer.

3G coverage on the nation’s most reliable network
Global Ready – Quad-band with support for GSM, GPRS and EDGE, allowing customers to enjoy wireless voice and data service in more than 200 countries
Support for Near Field Communications (NFC), enables many capabilities, including the ability to pair accessories or read SmartPoster tags with a simple tap of the smartphone
5-megapixel camera with flash
2.44-inch display
Wi-Fi b/g/n
Bluetooth® 2.1
GPS
microSD™ card slot with support for up to 32 GB cards
2 GB microSD™ card pre-installed

BlackBerry Curve 9370 smartphone will be available for $99.99 after a $50 mail-in rebate with a new two-year customer agreement. Customers will receive the rebate in the form of a debit card; upon receipt, customers may use the card as cash anywhere debit cards are accepted.
Customers that purchase a BlackBerry Curve 9370 smartphone will need to subscribe to a Verizon Wireless Nationwide Talk plan beginning at $39.99 monthly access and a smartphone data package starting at $30 monthly access for 2 GB of data.