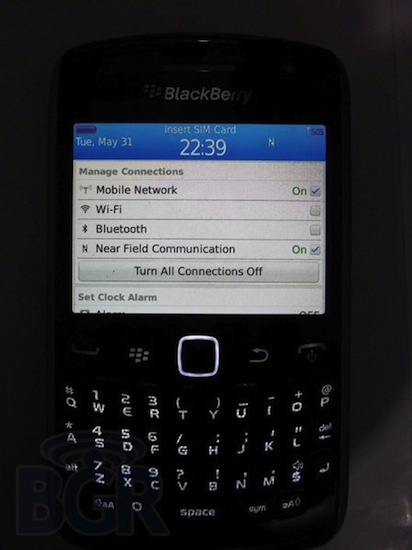 Adding to the influx of upcoming device news we've seen lately is some more fun with the BlackBerry Curve 9360 (aka apollo). BGR dropped some new images of the newest member to the Curve family. BlackBerry Curve users will love the redesigned device that features the classic Curve stylings with some new flair (the backlight on the trackpad looks sweet!!) as well as updated specs.

All in all this looks like the BlackBerry Curve 9360 will be a sweet device if you're a longtime fan of the Curve form factor. Some great updates in the 9360 keep the Curve series going strong. Keep reading for more images.