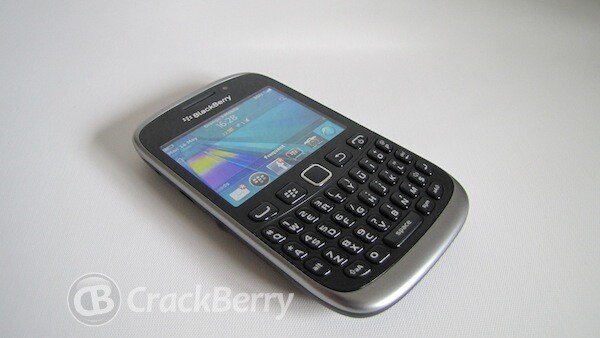 For those of you in the UK that may be looking to pick up a low cost smartphone you'll be pleased to know that the BlackBerry Curve 9230 is sitting at a very reasonable price these days from Orange and T-Mobile on Pay As You Go. You can pick one up for just £59.99 with a £20.00 top-up.

It may not be all singing and dancing like the newer BlackBerry 10 handsets that most of us have become accustomed to, but if what you want is a BlackBerry powerhouse for getting stuff done then you can't really go wrong. The legacy BlackBerry's are still fantastic at managing email, social networking, instant messaging (BBM) and a whole bunch of other features.

With thousands of businesses still rocking legacy BlackBerry smartphones this could well be an attractive offer for them too as well as the consumer?

I know that in the comments most of you will favor BlackBerry 10 and that's understandable. But in the real world, especially here in the UK, the likes of the 9320 still does pretty well in terms of sales. Plus, it's nice to see BlackBerry pricing being inline with some of the lower end Android and Windows Phones.

Orange and T-Mobile have a variety of Pay As You Go price plans aimed at talkers, texters and for those of you that spend a load of time online. In fact their data deals are quite generous.