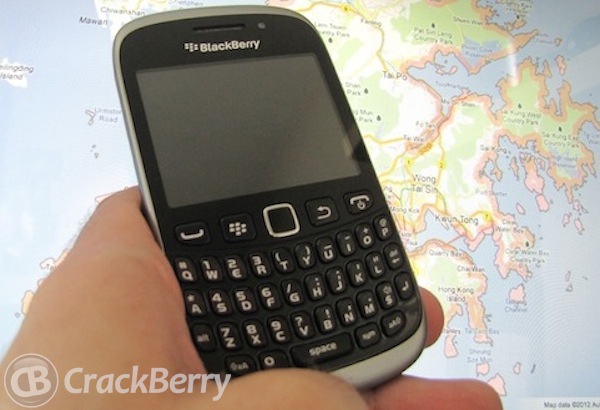 RIM is continuing its BlackBerry Curve roll out and today has officially launched the Curve 9320 in Hong Kong. While the budget device may be overlooked by smartphone fans wanting a high end BlackBerry, the 9320 certainly has its place in the market. It is all about being affordable and appealing to not only existing BlackBerry Curve owners but also to those people upgrading to their first smartphone.

With its 3.2MP camera, dedicated BBM key, FM radio and running BlackBerry 7.1 the Curve 9320 is perfect for those people on a budget but still wanting a fantastic communication device. With beautiful social network integration and BlackBerry Messenger this 'low end' BlackBerry will be hugely popular as we are already seeing in some parts of the world.

You can check out the official press release from RIM below:


Hong Kong - Research In Motion (RIM) (NASDAQ: RIMM; TSX: RIM) today announced the launch of the latest BlackBerry® 7 smartphone in Hong Kong - the BlackBerry® CurveTM 9320.  Designed to be both easy to use and easy to own, the sleek, stylish and affordable smartphone features all the core BlackBerry messaging and social-centric features and apps that keep customers connected to the people and information that matter most to them.  The new BlackBerry Curve 9320 is now available from authorized partners in Hong Kong. "The new BlackBerry Curve 9320 is a great choice for socially-connected consumers in Hong Kong," said Urpo Karjalainen, Regional Managing Director for Asia Pacific at Research In Motion. "This new smartphone is designed to make it extremely easy for customers to stay connected and 'stop missing out'.  We expect it will be popular in the youth segment."The BlackBerry Curve 9320 features a new, dedicated BBMTM key that brings the power of RIM's popular mobile social network up in an instant, making it incredibly easy to share experiences.  Facebook® and Twitter® apps are included, as well as Social Feeds 2.0, which allows users to post updates to multiple social applications simultaneously and capture updates from news sources (RSS), social apps and instant messaging apps all in one consolidated view.In addition, customers can enjoy access to locally popular social networks by downloading the Sina Weibo and Talkbox apps that are available on BlackBerry App WorldTM.The new BlackBerry Curve 9320 smartphone includes a built-in FM radio, allowing customers to tune into their favorite local stations, and listening to the FM radio does not require a data plan or use data services. Designed to allow both 3G connectivity and long battery life, customers can get up to 7 hours of talk time or up to 30 hours of FM radio listening or music playback with headphones.
The BlackBerry Curve 9320 features an integrated camera that includes a flash and supports video recording, and pictures can also be tagged with their location thanks to the smartphone's built-in GPS.  Additional features include Mobile Hotspot support*, which allows customers to share their mobile data connection with up to 5 Wi-Fi®-enabled devices, including laptops and tablets.For more information please visit http://www.blackberry.com or http://hk.blackberry.com/curve9320 (Chinese only).