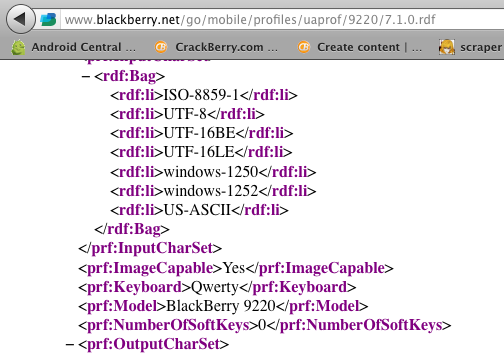 We got a great look at the round of Curve series devices for emerging markets not too long ago but the devices have no once again popped up confirming their existence. The BlackBerry Curve 9220, BlackBerry Curve 9320 also known as the "Jazz" series of device have no recieved UAProf documents on RIM's servers meaning they are one step closer to release. The BlackBerry Curve 9320 will be an HSPA device while the Curve 9220 will be EDGE but something is missing here, there is three devices that make up the "Jazz" series - Davis, Armstrong and Wynton - there seemingly appears to be one missing unless RIM is just playing around with names.