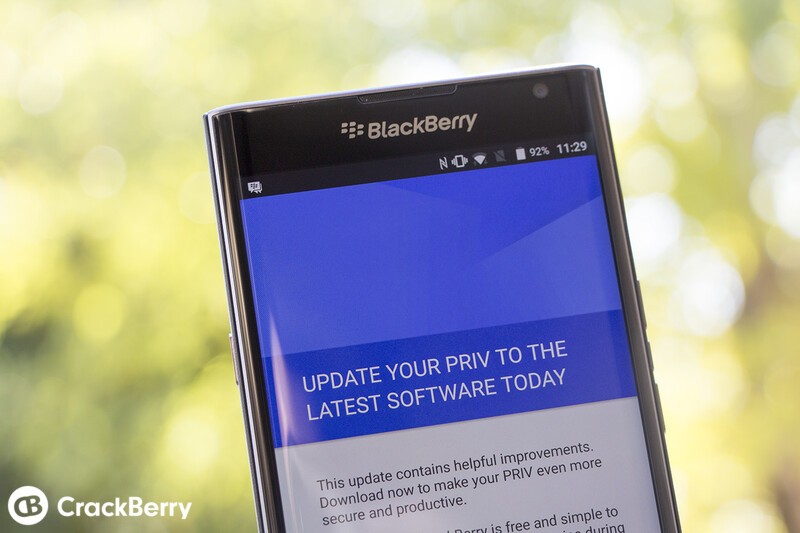 BlackBerry has taken to its official blog to pat itself on the back for being able to keep up with pushing security updates to the Priv faster than any other OEM. Since the release of the Priv, BlackBerry has pushed the security update out the same day Google detailed the changes. Other OEM partners range from one to 37 days, with several partners still not even pushing patches for updates from December.

Each month, Google details the security vulnerabilities and pushes patched code to its partners to add to their devices. From BlackBerry's blog post:

BlackBerry is the first OEM to deliver patches in line with Google's public disclosure, closing the window of vulnerability exposure to customers. Other mobile device vendors can take weeks, months or even years to deliver security patches, leaving you and your business at risk. BlackBerry's steadfast commitment to timely security updates is just one of the many reasons why BlackBerry continues to be the undisputed leader in mobile privacy and security.

On the chart above, green means that the update was available for users to download on the day Google announced it. Yellow indicates that it was made available within a week of the announcement, and red is more than a week or not yet at all. While BlackBerry has yet to announce official plans for its Marshmallow update, it is arguably more important that they continue to keep the software on the phones secure with the latest security patches.