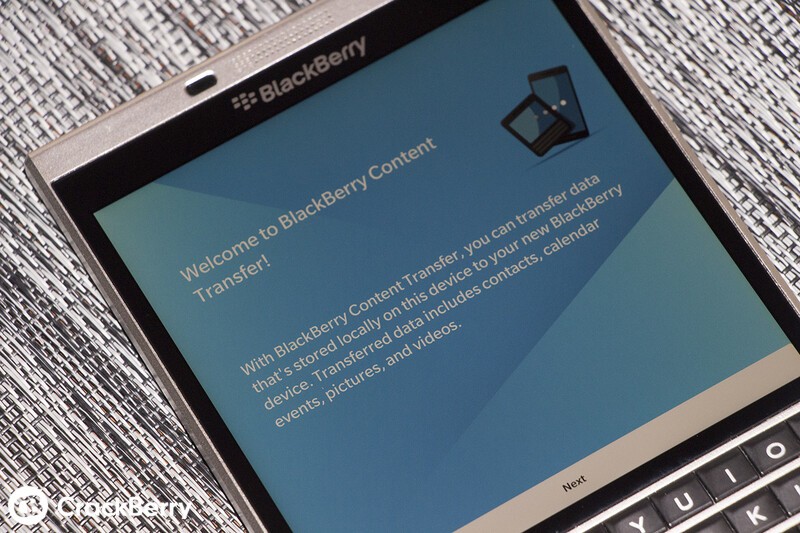 In much the same way BlackBerry loaded up on Android apps for Google Play, they've also placed at least one new BlackBerry 10 app into BlackBerry World in preperation for the Priv launch. Although it doesn't serve much of a purpose right now as most folks don't have a Priv in their hands, when the Priv is released the aptly named BlackBerry Content Transfer app will make it easier to move all of your content from your BlackBerry 10 smartphone to your new Priv by BlackBerry.

Data that is saved to a media card is transferred when you insert the media card into your new device. Your data can be transferred with password-protected encryption using Google Drive, your media card, or a private Wi-Fi network. Content Transfer moves the following data from your BlackBerry 10 device:

Again, there's not a lot you can do with the app right now aside from backing up your device but, if you're planning on picking up a Priv, you might want to get it downloaded now and check it out either way. There will presumably be an Android counterpart app as well as we've seen the icon plenty of times in previous Priv images, so that's how you'll go about restoring your backed up content onto the Priv.