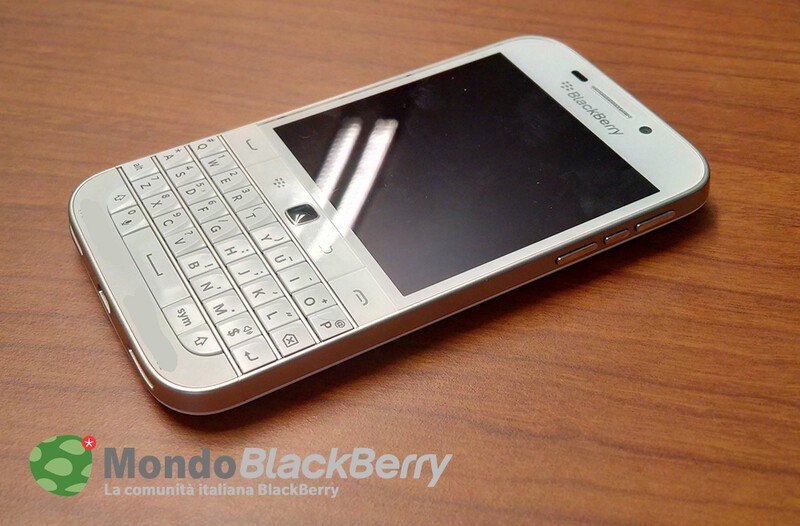 With the black version of the BlackBerry Classic already making its rounds, it was only a matter of time before we started to see the other noted to be arriving colors (white, bronze, blue) appear as well and the folks over at MondoBlackBerry have scored some images of the white Classic and have shared some details about it.

This variant does not differ for materials used than the traditional black version: the doubts, in fact, were initially focused on the choice of materials used in the back cover that in other BlackBerry 10 models differed in quality and ergonomics in the black version and the white one. This BlackBerry Classic instead rubberized plastic appears to be the same used in the black thus providing an adequate grip as we saw in our review.

Personally, I still prefer the sleek, stylish look of the black version but to each their own. Plus, this one looks slightly roughed up, so no telling how old it is. Fresh out of the box will ALWAYS look better. What do you all think of the white version? Will you hold off for its arrival, stick with the black version or wait until the blue and bronze versions appear before finally deciding? Tough choice.