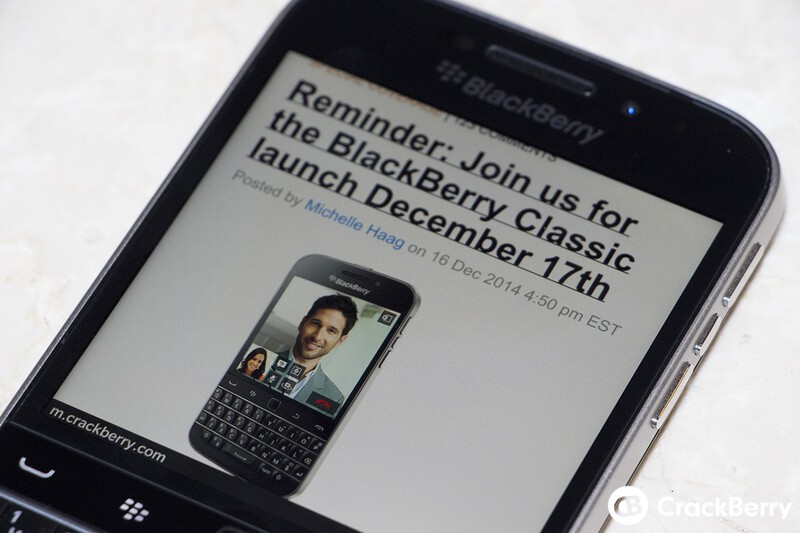 The official launch of the BlackBerry Classic today was accompanied today by a series of official videos that focused on the business uses of BlackBerry's latest smartphone.

Two of the videos are slick looking commercials for the BlackBerry Classic, showing off the physical keyboard and stating how the screen and other features are improvements over the older Bold 9900. The ads are very slick and are clearly made to sell the smartphone to large businesses who have had previously experience with BlackBerry phones.

The third video is an unboxing of the BlackBerry Classic and finally there's a short clip that compares the phone directly with the Bold 9900 and the BlackBerry Passport.