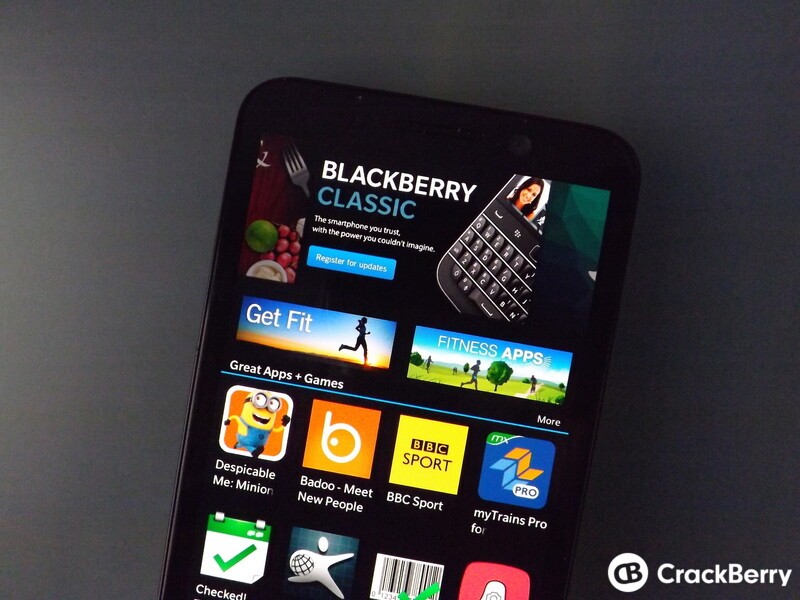 No different to any other morning when I park my backside at my desk and switch into CrackBerry mode I opened up BlackBerry World on my Passport and all was normal. Next up was my Z30 and my attention was instantly attracted to the carousel at the top of the display where BlackBerry have their featured apps. There in all its glory was the BlackBerry Classic, not only with a nice image but also its name written in bold (no pun intended}.

As the above image shows; BlackBerry very much want visitors to BlackBerry World to register for further details on when the BlackBerry Classic will be available. And if you ask me that's a pretty sweet move. Of course, our friends on other platforms won't get to see this but how many CrackBerry readers are rocking a Z10 or Q10 and are now eligible for an upgrade, or will be soon? I suspect the numbers could be pretty high so if BlackBerry can use this method to keep users interested in future releases then that makes a ton of sense to me.

Although many loyal BlackBerry fans are now rocking the Passport it isn't a device that's for everyone due to its size. I love it and so do many others I've spoken to but I still can't wait to get my hands on the Classic.

As usual, you will get all the forthcoming Classic news here on CrackBerry, but by registering using the BlackBerry World link you'll also get information emailed to you direct from BlackBerry.

Will the Classic promotion show up on my Passport later or is it just device specific I wonder for potential upgrade customers? Time will tell.