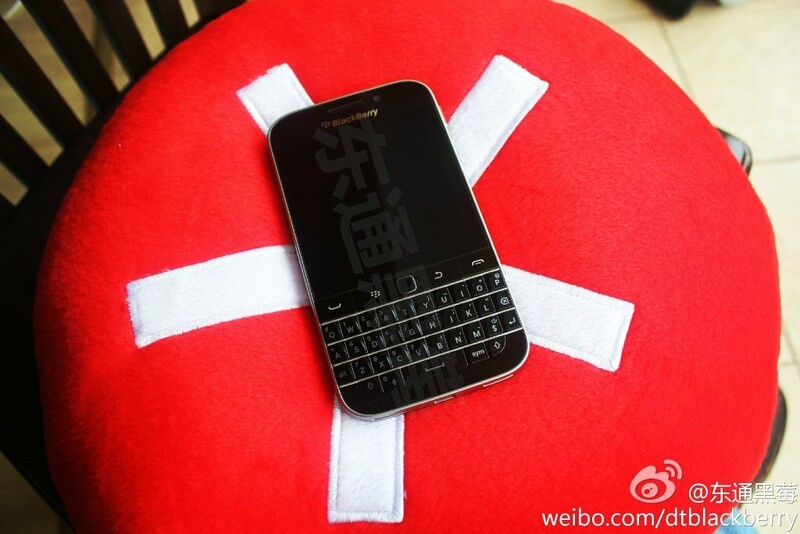 So, you're not a fan of the BlackBerry Passport and have been waiting to hear more about the BlackBerry Classic? Good news! It would seem as though now that the Passport is getting closer to availability, we're starting to see just a bit more of the Classic sneak and the device has been caught posing a bit for the camera.

Sure, the device has been caught before but that was in the hands of BlackBerry CEO John Chen and there wasn't much focus placed on it. It was shown off a bit and quickly ushered away to give Passport a bit more of the spotlight.

With that in mind, the images don't really show much of anything new but it does indicate the device is out there in the wild and we're likely to see more of it soon just as we did with the Passport leaks. The Classic still seems set for release in November and will bring back the tool belt, as well as a 3.5-Inch display, a 1.5 Ghz Qualcomm Snapdragon S4 processor and 2GB of RAM. Who's holding out for the Classic? Sound off.