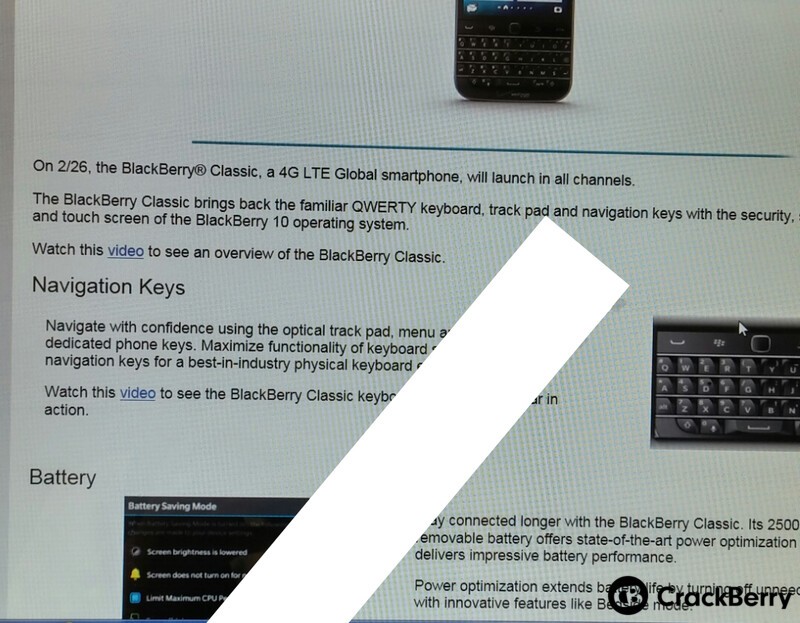 For their part, Verizon has been all rather hush-hush on it all and haven't made any moves outside of that initial announcement but according to a tip we've received, the Classic appears set to arrive on Verizon February 26th as reps have now been advised of the launch details as noted above.

One thing still missing though is the price point so we'll have to get back to you on that one. Assuming this one pans out, who's going to be picking up a BlackBerry Classic on Verizon?