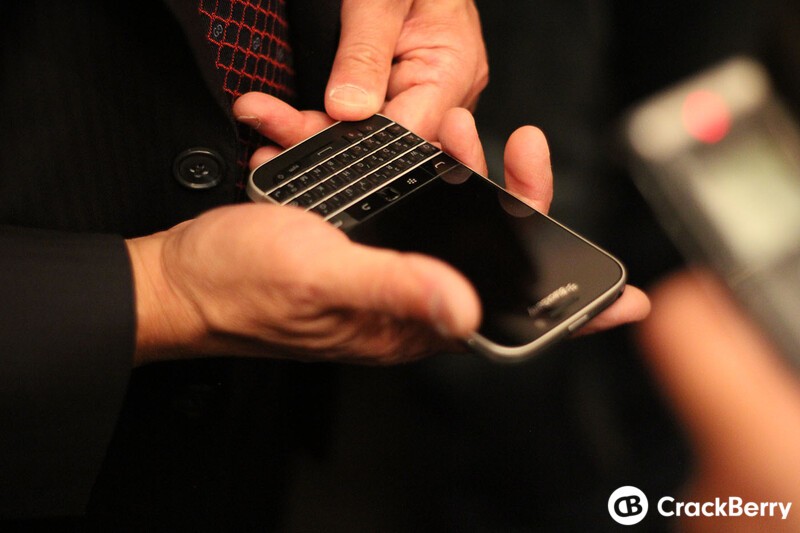 With one batch of BlackBerry Classic photos having already arrived via DTBlackBerry on Weibo, we were pretty much guaranteed to see more appear and that's exactly what was happened. This time around the images are looking a little more cleaned up and offer up a better look at the device many folks are waiting to get their hands on.

Aside from looking pretty, the photos don't offer up much further information about the device aside from the obvious. It has a rubberized back not unlike that found on the BlackBerry Z10, it has what appears to be an aluminum frame reminiscent of the BlackBerry Bold series and in this variation it currently has a 2515mAh battery, which is a slight bump from the suggested 2500mAh of previous rumors though it's still not removable and the battery image alone shows it's still not final hardware, never mind the fact it's still covered with IMEI markings and 'NOT FOR SALE' stamps.

No doubt those not interested in the BlackBerry Passport will love these shots the most, so if you're among that crowd let us know what you think in the comments after you give the photos a look. Hopefully, we'll see even more of this device in the next little while. I'm rather curious to see the trackpad navigation in action. I expect it'll be the same as previous trackpad devices but I just want to see it again running on BlackBerry 10.