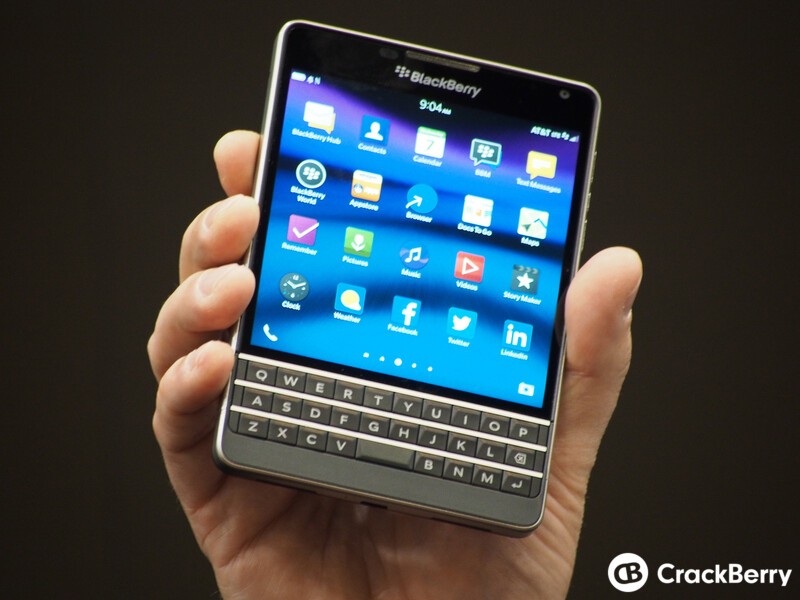 Today at CES AT&T confirmed they'd be carrying the BlackBerry Passport and the BlackBerry Classic for $649.99 and $419.99 off-contract, respectively. You'll be able to snag the Passport for $199.99 and Classic for $49.99 with a two-year commitment, or $0 if you go with installments on Next.

AT&T is getting an exclusive design on the Passport with rounded corners. Why the change? BlackBerry CEO John Chen explained during the CES press conference that "AT&T wanted rounded corners. Some of us are more square. No other reason than that."

You can sign up for availability notifications directly from AT&T here. Check out our liveblog for more news from BlackBerry at CES!

"The BlackBerry Passport is ideal for the power professional who wants an innovative wireless device focused on productivity," said Jeff Bradley, SVP, Device Marketing and Developer Services, AT&T. "Available first on the AT&T network in the U.S., customers will benefit from the newly redesigned Passport's enhanced features, including a wider screen, 32 GB of storage, and a 3450 mAh battery."

"We value our continued partnership with AT&T and we look forward to launching the new and uniquely designed BlackBerry Passport device for AT&T customers in the U.S.," Ron Louks, President, Devices and Emerging Solutions at BlackBerry. "Built with security at its core, the BlackBerry Passport stands apart from the rectangular-screen, all-touch devices in the market today, offering users more than a full day of battery life and new innovations, including the industry's first touch-enabled QWERTY keyboard."

AT&T is committed to delivering fast and friendly service to its customers. AT&T was recognized as the highest ranked wireless provider for overall purchasing experience by J.D. Power,8 for the third time in a row. AT&T outperformed competitors in the J.D. Power 2014 Volume 2 study and received the "Highest Satisfaction with the Purchase Experience among Full-Service Wireless Providers, Three Times in a Row."

For more information about the BlackBerry Passport, visit att.com/blackberrypassport or www.blackberry.com/passport.