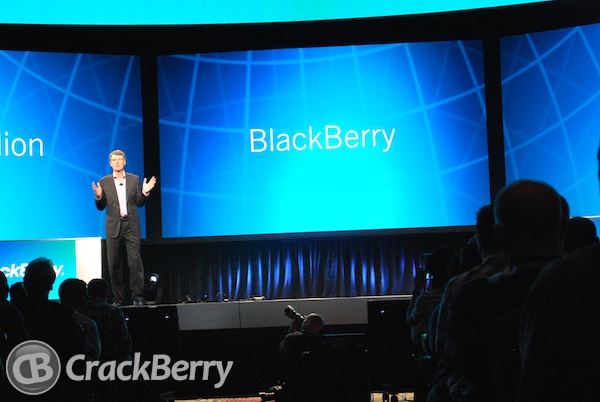 A few of the RIM brass were in New York earlier this week and took some time to chat a bit with various media outlets. CEO Thorsten Heins was on hand to show off not one, but two BlackBerry 10 devices and talk a bit more on what's happening at RIM as we move closer to the BlackBerry 10 launch early next year. In addition to bringing them to carriers soon, the word is Thorsten showed off both the full touchscreen device as well as the mysterious physical keyboard device. The Q1 2013 launch window is still a ways out, so no photos or video were allowed at this one. That said, the QWERTY device was described as being "styled in the classic vein of the Bold line" but more streamlined and lacking the stainless steel bezel.

As he said in our interview in July, Thorsten confirmed once again that both devices will be launching around the same time with a 4-8 week window between the launch of the full touchscreen device and the launch of a QWERTY device. This holds up with some leaked timelines that show the QWERTY device (aka Nevada) releasing in early 2013. What's really cool is that the Wall Street Journal also noted that Thorsten said there could be up to six new devices next year (three keyboard and three touch) with at least one "high end" device (Nashville? Naples?) hitting in mid-2013.

Also fun to note is that Thorsten Heins has started using a BlackBerry 10 device as his daily driver now which is a good sign that things are moving along.