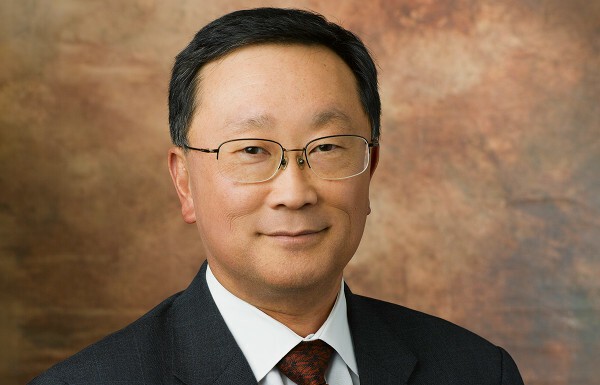 Unless you were somewhere stuck without internet today, then you likely caught wind of Google's I/O conference where they announced several new things for that are in the works for Android. Android Wear, Android L, Android Auto, Android TV. Among all those announcements, Google also noted they would be stepping up Android's security and that apparently caught the attention of BlackBerry CEO John Chen who took to BlackBerry's own official blog to share his thoughts on it all.

You might've seen the news: at Google's I/O developer conference today, the company said it would do several things to boost Android's security. Most prominently, this includes separating work and personal apps and data in coming versions of Android by leveraging Samsung's KNOX containerization technology.

I'm delighted by this first step. The need to improve Android's security was clear. And it validates what we at BlackBerry have been saying all along about the potential perils that businesses face in the BYOD era.

KNOX does help to shore up Android's gaps. Like our own BlackBerry Balance, it uses containers to protect confidential work apps and data by segregating them from personal data. But KNOX hasn't been widely adopted – fewer than 2 million Samsung phones are actually running KNOX today. Meanwhile, tens of millions of BlackBerry devices are trusted every day by Fortune 1000 firms worldwide. Our BES software dominates the enterprise mobility management (EMM) space, with more business customers than our top three competitors combined.

And while KNOX tries to build a fortress upon an insecure foundation, BlackBerry's entire infrastructure – not just Balance, but every single component – is constructed upon a multi-decade bedrock of mobile management and security expertise.

It's an interesting article from the CEO and shows BlackBerry isn't putting up with people leaving BlackBerry out of the conversation in this space because it was and still is their space to begin with. As Chen notes in the post 'BlackBerry architects security into every single layer' and 'It's why we have won 45 security certifications, more than any other vendor, including the only coveted "Full Operational Capability" certificate to run on U.S. Department of Defense networks to a mobile vendor.'

The focus on Enterprise coming from BlackBerry right now is strong and it's not hard to see it's coming right from the top. John Chen makes no bones about letting folks know BlackBerry has the proven track record and history to always be the better choice when security is a top concern. In his words, 'don't be dazzled by those who can talk the security talk. Instead, look to the company that has proven repeatedly it can walk the walk.'