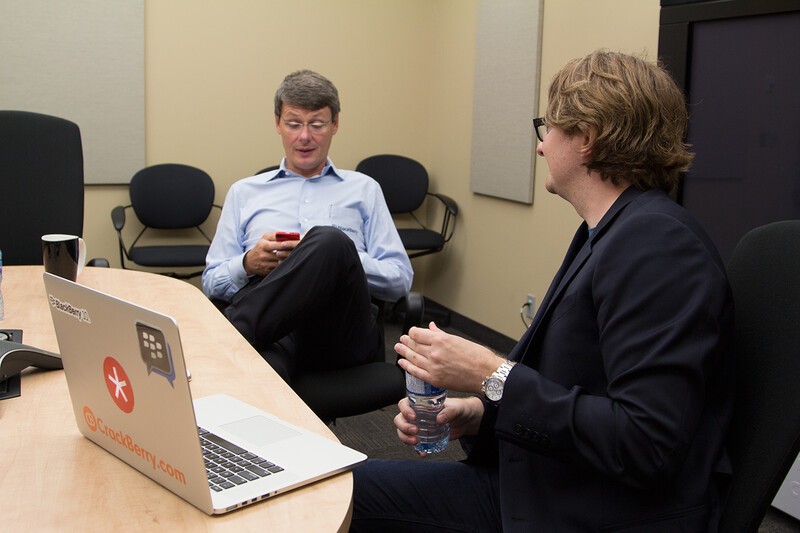 Something that came up in our interview with BlackBerry CEO Thorsten Heins following on the annual general meeting was the issue of educating users coming in from older, traditional OS 7 devices. Here on CrackBerry, we’ve definitely seen some new Q10 owners frustrated with the learning curve, meanwhile Z10 owners have opened the box without any expectations and ready to soak in a whole new experience.

One of the hurdles for new Q10 owners has been an inconsistency in keyboard shortcuts. Heins promised that we would be seeing more of those in 10.1 and 10.2 updates, including my beloved U keyboard shortcut in the hub. Unfortunately, not everything can always be included right out of the gate. As Heins explains, you need to make some tough decisions to keep things on schedule.

“In order to get BlackBerry 10 into the market, we also had to cut it somewhere and say, 'This is the package that we're going to go with,' because otherwise you never stop developing. We can have a long debate about whether this cutoff point was chosen correctly, but it is what it is. We had to do it. Otherwise we would have had to delay it even more.”

There’s also more work to be done with the out-of-the-box experience. There’s already a basic tutorial which runs through the major gestures in BlackBerry 10. They actually don’t include a skip option for this tutorial specifically because some folks thought they knew more than they really did on the gesture front. You’ll also notice some helpful arrows on the lock screen if you’re gesturing wrong to unlock. BlackBerry’s looking at extending these types of helpful hints throughout the OS. We'll get more on-screen hints about where the e-mail and calendar are, but the most interesting thing will be a little blue dot that will guide us where to go and how to use gestures.

“You move it, and then you decide when you want to switch it off. As long as you don't say, 'I learned it. I know it,' it will constantly appear and help you navigate the device. ... Yes, I think that what we will focus on in the next weeks, months, and quarters to come is really this education piece.”

Though most of us on CB won’t need to worry about that kind of stuff, this will be a great addition for those that aren’t quite as tech-savvy.

Let’s face it - we all know at least one of those guys that had a really hard time letting go of the old-school trackwheel, but I think it’s safe to say that in the case of touch input, change is good, so long as it’s done right. I’d love to see text cursor manipulation fine-tuned, since that was my primary use case for the trackpad, but so long as BlackBerry can smoothly and easily educate users on the basics of the user interface, they’ll be able to keep frustrations (and device returns) to a minimum.