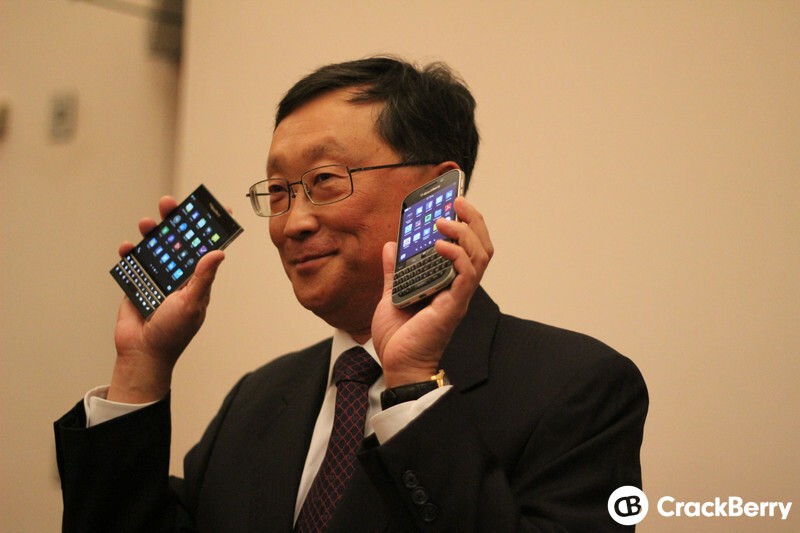 Remember back when the first images of the BlackBerry Passport first started showing up? Many people thought BlackBerry was crazy and comments like 'What was BlackBerry thinking?!?' were pretty easy to find. After a while though, a lot of people began to change their mind on the device and began to appreciate the look of it. With over 200,000 units now sold, there are some answers to that question - what was BlackBerry thinking? - starting to come out, and they're coming from BlackBerry CEO John Chen. The man who jokingly noted his best contribution to the creation of the Passport was the fact he never killed it.

Over at CNBC, BlackBerry CEO John Chen took the time to write an editorial about the BlackBerry Passport. Who it's designed for, who he expects to be buying the device, why it's innovative and how in some ways the BlackBerry Passport is setting the tone for what BlackBerry does and how they do it. John Chen knows the Passport is a different type of device and even notes how some folks have written the device off by simply calling it weird or noting it's not something to kill off the iPhone.

We don't expect to sell a handset to everyone and don't expect to take down the consumers who love to play games on their iPhones. But we do want to provide an experience that caters to the mobile professional – anyone who relies on their device to do their jobs. As I like to say, most smartphones are better designed for helping users kill time than making the most of it.

Innovations with the BlackBerry Passport focus on things that matter: advances in battery life, an innovative screen, a multi-function keyboard and seamless synchronization of contacts and documents across devices, and aggregation of all messages (email, text, social, etc.) into one actionable hub.

Chen is well aware that the BlackBerry Passport 'may not inspire the masses to line up at midnight' but knows the core audience of BlackBerry users are interested in the device and what it offers and how it can help them be more productive in their daily lives. If you've not read the article yet, be sure to give it a read as it ties into the details released previously from BlackBerry and research firm GfK that shows productivity is key for business users - and BlackBerry is leading the way.