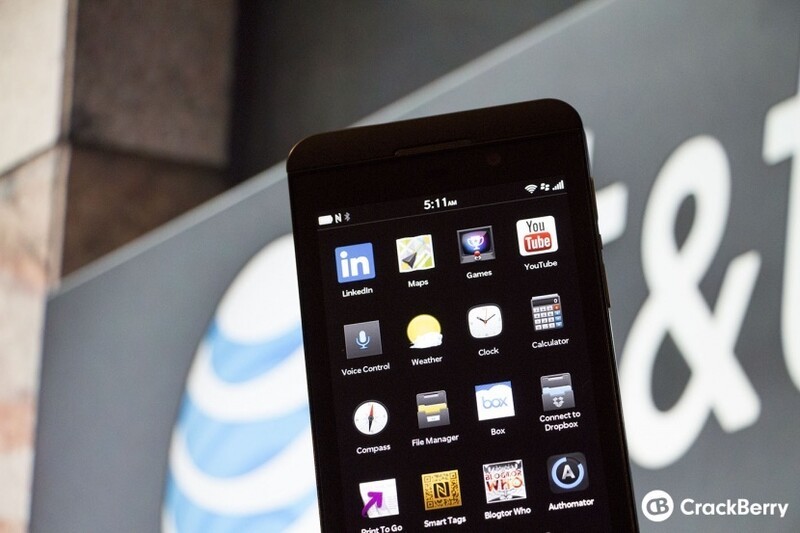 As a part of our chat with BlackBerry CEO Thorsten Heins following this year's annual general meeting, we touched on what's going on with Z10 and Q10 OS updates, in particular those that should be rolling out through American carriers. The day before, AT&T finally got around to sending out 10.1 out to Z10 owners, but we're still waiting on Verizon. Thorsten said he was "absolutely not happy" with how long it was taking for OS updates to get to end-users, and explained a bit about how they're working with carriers and how the internal thinking at BlackBerry is changing.

"We're trying to work with all of our carriers, specifically in the US, to speed this process up. They're willing to engage, but the process is the process. When my team talks about 10.1, 10.2, I always remind them of, 'You know what's in, but these guys out there don't even have it yet.' We tend to get ahead of the curve ourselves and think this is what BlackBerry 10 really is, and then customers even don't have it in their hands. We will continue to push that as strong as we can, because I'm not satisfied with these cycle times of new updates."

Leading up to the launch of BlackBerry 10, the company was more optimistic that it would be better in control of pushing out OS updates to consumers, since the radio code (that works with carriers) is contained in the OS separately from everything else on the device, and can be updated independently of each other. The dream was that once the radio code was approved, the carriers would be more lenient on allowing BlackBerry to push out the rest of the handheld code that more immediately impacts users and not the network. Unfortunately, carriers look at the device as a whole package, and are apparently just as concerned with the other stuff on the device as well. This does make some sense, given that the carrier is often the first point of customer support when a user runs into issues (the smartest users go right to our forums of course!).

This attitude change ties back to a lot of the talk at the AGM about cultivating a workplace of efficiency to ensure these great features hit the public as soon as possible. I was reminded of a time a few years ago when a RIM employee took my Bold 9900 without saying anything, checked the version number on the software, and said "I'm sorry." With any luck and a few quarters of growth, this issue will be a thing of the past. Of course, Thorsten made a very good point about why service providers need to do so much testing.

"They let a whole new platform onto their networks, whole new products. Nobody knows what they're going to do on the carrier's side, so they're testing themselves thoroughly. The network is their asset. The quality of their connectivity is their asset. We have to be sympathetic with this as well, but I hope and I'm optimistic that going forward, when they learn about the stability the platform, this will improve quite substantially."

On the whole, that paints a pretty optimistic picture for future BlackBerry 10 updates, and explains why we're in the situation we're in currently, but really, the only thing left for us to do is wait to see if the situation actually improves. When all else fails, you can cram in 10.1 on your own.