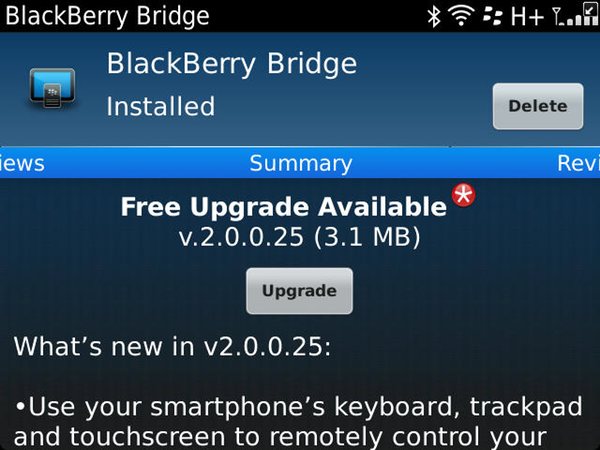 To go along with the release of PlayBook OS 2.0 we're all going to need a new BlackBerry Bridge update and although we heard that update may have been delayed to coincide with the release of PlayBook OS 2.0 to help avoid folks from trying to use features not compatible with their PlayBook, it looks like some folks never got the memo. The original rumored release date of the 20th has stuck and BlackBerry Bridge v2.0.0.25 is now appearing in BlackBerry App World. Go ahead and fire up App World, if it's there -- grab it. If not, sit tight, it'll show up soon.