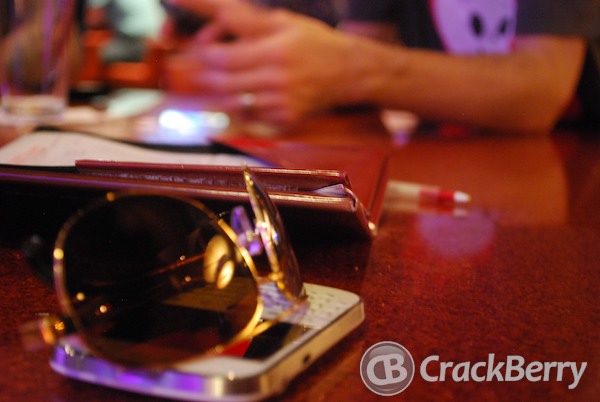 For the past few years we've been blogging about the results of the annual Milward Brown BrandZ survey, which through magic and voodoo and (we're assuming some science since they apparently conducted 2 million interviews), places a value and rank on the world's top brands.

We all know BlackBerry has taken it's fair share of beatings over the past year, especially in the USA, so I expected to see the BlackBerry brand drop down the list this year. What I wasn't so sure on would be how much. Maybe #50? Maybe #75? With the 2012 report now available for download, it's no longer something to think about.

According to the Brandz survey for 2012, BlackBerry is off the Top 100 list altogether, and on the Tech Category list dropped to position 20 (we're guessing they must be ranking close to 101 on the list). The report says the value of the brand dropped 75%, down to just over $6 Billion from $24.6 billion a year before. That's a big drop. Bigger than I expected.

End of the day, I'm not sure the results mean that much for BlackBerry. There's brand value and then there's brand awareness. With 77 million subscribers and BlackBerry a household name, even though the value may have taken a hit this year I think awareness of the BlackBerry brand is at an all time high. And awareness equals the ability to impact value very quickly. This is why we saw the brand drop in value a lot in 2012. BlackBerry fell behind and quickly got punished. And it's why I predict we'll see BlackBerry climb way up the list next year, after we see a successful launch of BlackBerry 10. Let's getter done!